Home » Articles and Opinion » Featured » Guest Posts » Guest Post: Cyberthreats are closer to the mainframe than they appear

There’s a scene in “Jurassic Park” where a Tyrannosaurus rex chases after Jeff Goldblum and Laura Dern’s characters as they speed through the wildlife park in a Jeep. The camera pans to the car’s side mirror, which reads, “Objects in mirror are closer than they appear” — a minute yet clever detail that shows the audience just how close the creature is to ravaging the vehicle.

While a cyberthreat does not incite the same type of fear as a T. rex, IT teams should be worried because cyberthreats are now at the doorstep of the mainframe.

Organizations today have supplier ecosystems with hundreds of vendors and third-party solutions to meet growing business needs. But the rise in IT connectedness also presents plenty of opportunities for bad actors to infiltrate networks due to vulnerabilities in the software supply chain. In 2021, 61% of security breaches occurred at weak points in the supply chain — up from 44% the previous year.

Although the mainframe remains central to nearly three-quarters of all business strategies, we seldom hear about the mainframe infrastructure’s involvement in cyberattacks. This is a significant oversight considering the vast amount of data stored and processed on the mainframe. It’s time to stop ignoring the risks posed to this vital infrastructure and implement a proactive approach to cybersecurity with vetted vendors by your side.

Access to the mainframe is a goldmine for bad actors who can take advantage of vulnerabilities to gain control of security, encrypt data and demand a ransom. Despite the rise in attacks, we don’t often hear about their impact on mainframe security. Most organizations uphold the “conspiracy of silence,” which deters them from reporting mainframe attacks. And since there are fewer reports of mainframe attacks, many security teams assume their mainframes are inherently guarded — a false sense of security that hackers continuously exploit.

For the many organizations that store sensitive data on the mainframe — and routinely use third-party software — bolstering cybersecurity at each point along the software supply chain should be a top priority.

3 actions to shield the mainframe from supply chain attacks

Organizations of all sizes rely on the mainframe for transaction processing, client data storage and inventory management. Infrastructure as critical as the mainframe should be protected accordingly. With a proactive approach to cybersecurity and methodical partnerships with vendors, you can protect your entire IT infrastructure, the mainframe included.

Ransomware and other types of cyberattacks are on the rise, and the mainframe is a prime target for the bad actors who execute these attacks. But by carefully selecting the right vendors and implementing security checks, you can keep your data and IT infrastructure safe from even the most sophisticated cybercriminals.

It’s time to leave the false sense of security surrounding the mainframe in the rearview — because today, cyberthreats are much closer to the mainframe than they appear. 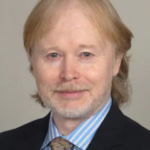 Previous: FBS Gets an Award as the Best Customer Service Provider from WBO
Next: Be Cautious Of DeFi Rug Pull Scams: Cyber-Forensics Explains Different Types Of Rug Pull