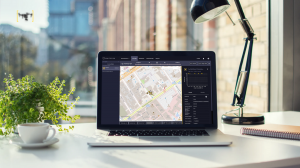 Within 24 hours of launching, STRATUS is named the #1 Drone Dectection System and has been featured on FOX Business News

SAN LUIS OBISPO, UNITED STATES, May 25, 2021 /EINPresswire.com/ — WhiteFox, the global leader in airspace security, has launched STRATUS, the world’s first cloud-based system to detect and track drones. WhiteFox has adapted its core technology that stops drones from operating unsafely or illegally, such as smuggling drugs into prisons and surveilling nuclear power plants. STRATUS is available in a cloud-based application, enabling every industry to benefit from drone detection technology. Within 24 hours of launching, STRATUS has already been featured on FOX Business News and named the 1 Drone Detection System by Airwards.

While drones offer many benefits for the commercial industry, in the wrong hands, they are equally dangerous. The U.S. federal government has repeatedly warned that the risk of a drone attack is steadily increasing in the U.S. due to drones’ widespread availability and ease of use. Small drones have been used to smuggle drugs into prisons, attempt the assassination of Venezuelan President Nicolas Maduro, drop explosives on U.S. soldiers, commit corporate espionage, and shut down airports— costing airlines $64M in a single shutdown. Tim Bennett, who oversees counter-drone technologies at the Department of Homeland Security told NBC News, “One of the biggest problems is that we don’t have a true understanding of the complete air picture.” Traditionally to detect drones, expensive equipment would have to be installed at each facility that required protection. However, STRATUS instantly creates a virtual bubble of protection to track drones and perform risk assessments in real-time. The system enables users to define geofences and notification criteria. Users can track, report, and log drone activity as it occurs with instant text or email notification. Users can also access historical drone traffic over their facilities and produce reports showing exactly what has happened. WhiteFox sensors provide coverage in major metropolitan cities across North America. Customers simply need a computer or phone connected to the Internet to use STRATUS and instantly track drones intruding in their airspace.

As the future of drones is developing, WhiteFox provides this solution as an accessible way to make drone flight information available to increase the safety and security of our airspace.

“STRATUS is a giant leap towards trusted autonomy. But in the wrong hands, drones can fly with near impunity—doing whatever they want with those on the ground often helpless to stop a reckless or malicious drone. WhiteFox envisions a future where drones benefit our lives much like cars. Many drones are authorized and provide substantial benefits to society. But just as when a car breaks the law, people can see that, and the proper authorities can respond. STRATUS is the first-ever technology to create that kind of transparency and accountability of drone activity. After thousands of hours of customer feedback and testing, we are proud to publicly launch the technology that will save lives and help unlock the immense potential of the commercial industry.” says WhiteFox Founder and CEO Luke Fox.

For customers who have the legal authority to mitigate drones, STRATUS can be paired with other WhiteFox products to provide to enable the safe, surgical mitigation of dangerous drones by safely landing them. As more and more drones fill the skies, knowing where drones are operating and what they are doing will lead to more responsible and beneficial drone use.

From celebrities and business executives in Los Angeles to data centers in the South to skyscrapers in New York City, STRATUS is now providing drone airspace security real-time, coast to coast.