Home » Uncategorized » Is the World’s Financial System Ready to Take on the Challenge of Crypto Currencies? 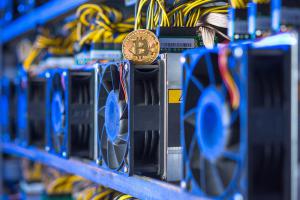 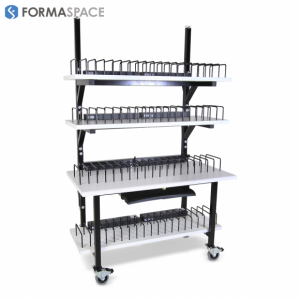 Formaspace is known for its custom furniture, built to order to your unique specifications at our Austin, Texas, factory headquarters. We can manufacturer the perfect solution for your IT department or crypto-mining farm. 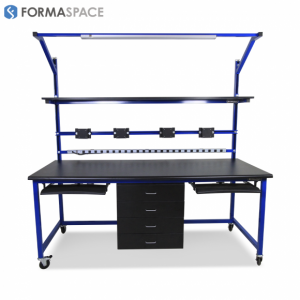 Read more to uncover the secrets of cyber currencies and their prospects for replacing the paper-based currencies we use today.

With the price of a single Bitcoin rocketing up to a record high of $63,346 on April 16th, 2021 (a six-fold increase from 2020), many may consider Bitcoin to be a proverbial overnight success.”
— Formaspace

AUSTIN, TEXAS, UNITED STATES, May 20, 2021 /EINPresswire.com/ — Today, we will look at the future of cyber currency and ask the million-dollar question (or, in current Bitcoin terms, the 18 Bitcoin question):

Will the world’s financial systems one day do the unthinkable and tear up centuries of reliance on traditional paper banknotes in favor of some form of electronic currency, such as Bitcoin?

To answer this question, we’ll first take a high-level look at the timeline of events in the history of Bitcoin, the most well-known of the cyber currencies. Then we’ll look at the other competing digital coins that have come onto the market more recently, such as Etherium, the stablecoin Tether, the hype-driven Dogecoin, as well as the current craze for investing in these digital currencies that’s led to coin prices climbing to once unimaginable new highs.

The Strange History Of How Bitcoin Became An “Overnight Success”

With the price of a single Bitcoin rocketing up to a record high of $63,346 on April 16th, 2021 (a six-fold increase from 2020), many may consider Bitcoin to be a proverbial overnight success.

Yet, like many “overnight success” stories, the programmers behind Bitcoin struggled for years to develop a workable electronic money framework that would inspire the confidence of mainstream users to accept the new digital currency.

So how did the so-called overnight success of Bitcoin come about?

The Bitcoin story, as told by NYTimes reporter Nathaniel Popper in his book Digital Gold: Bitcoin and the Inside Story of the Misfits and Millionaires Trying to Reinvent Money, has many unexpected twists and turns – many of which might come as a great surprise to today’s Bitcoin investors, who seem blissfully unaware of the “unsolved mysteries” quality that characterizes the early Bitcoin backstory.

To start, consider that to this day we are uncertain of the true identity of the Bitcoin project founder, who goes by the online name of Mr. Satoshi Nakamoto. (Nakamoto’s last “official” communication, a note saying goodbye, was transmitted ten years ago, on April 23, 2011.)

Over the years, several individuals have come forward, claiming to know the true identity of Nakamoto – and a few of them have even claimed to be Nakamoto (perhaps an unsurprising development, given that unspent Bitcoin holdings attributed to Nakamoto are estimated to be worth as much as $7 billion dollars). Yet, despite this, no conclusive proof of Nakamoto’s true identity, national origin, education, family life, or work history exists.

We may know more soon. This month the Australian computer scientist Craig Wright, who claims to have created Bitcoin in 2008 under the pseudonym Satoshi Nakamoto, has been ordered to come before a UK court as a defendant in a Bitcoin fraud lawsuit. The court may adjudicate whether Wright is the true author and copyright holder of Satoshi Nakamoto’s original whitepaper outlining Bitcoin’s technical feature set, described below.

Many Early Advocates Of Digital Money Had A Strong Distrust Of Government, Some Were Even Promoting An Anarchist Political Agenda

Even more perplexing is that quite a few of the early digital currency advocates, such as the members of the influential Cyberphunk group, took inspiration from a 1999 dystopian science fiction novel Cryptonomicon, and, much like the characters in the book, saw themselves as political anarchists fomenting an international revolution by creating an anonymous digital currency to undermine the control of the financial systems held by national governments.

As Popper writes in his book, even the early, non-revolutionary advocates of digital money (such as Nakamoto himself) believed that a digital currency would bring power to the people. They yearned to create a decentralized, peer-to-peer system (much like the internet itself) based on an open-source software system that could manage financial transactions transparently – without relying on the involvement of (or in the views of some, interference by) government officials and traditional financial institutions.

The Early Days Of Bitcoin: An Audacious Project With Little Chance Of Success

In 2008, the Bitcoin technical “manifesto” was released.

We’ll skip these technical details for now and save that for Part 2 of this series when we investigate the inner workings of Bitcoin technology, including details of the mining process used to generate new coins.

But, for now, let’s summarize at a high level what Nakamoto set out to accomplish in this 2008 whitepaper.

He proposed an electronic currency that doesn’t rely on the intervention of trusted human administrators – or even any human intervention at all. All financial transactions in the Bitcoin system are handled in a transparent, open bookkeeping ledger (known as the “blockchain”) that’s shared collectedly on a peer-to-peer with other computers on the network.

Nakamoto also values privacy. Users of his Bitcoin system are only identified by their account number (think secret Swiss bank accounts), but the transactions themselves are always public.

The system, like the internet itself, is highly decentralized, allowing for computers to join or exit the network at different times – without disrupting the entire operation.

Nathanial Popper writes that Nakamoto was reportedly suspicious of politicians pressuring central bankers to print more money in times of economic crisis, which in Nakamoto’s view created monetary inflation by debasing the value of fiat currency.

To prevent this, the Bitcoin system emulates a hard currency backed by precious metals and an innovative method for “generating” new coins.

Unlike a central bank that prints out paper money as needed, new Bitcoin currency is put into circulation slowly and deliberately – without human intervention. Each new Bitcoin “coin” is created through a “mining process.” But, instead of actual miners digging for gold or silver, computers on the network can undertake a “proof of work” effort to solve a complex hashing algorithm, with the first computer on the network to solve the problem being rewarded with one new Bitcoin.

First, as we’ll see in Part 2 of this article series, Bitcoin mining operations around the world are a major energy hog that essentially offer no benefits to society beyond generating new coins.

Second, the 2008 whitepaper does not explicitly call out the fact there is a hard limit to the number of Bitcoins that can be mined (21 million coins in total), and we’re approaching it quickly. (Around 18.6 million coins have been mined to date.) The idea behind this upper limit is to create Bitcoin scarcity and sustain the long-term value of each coin. (This is in contrast to, for example, the lower value Dogecoin, which has no upper limit.)

The Bitcoin Project Is Saved By Take-Out Pizza Orders

Satoshi Nakamoto launched Bitcoin to the world on January 3, 2009, with the first block on the ledger offering a reward of 50 coins.

But the response was underwhelming.

Instead of lighting the world on fire, only a couple of interested programmers downloaded the software, and even they struggled to make it work. Later that year, a young inexperienced developer named Martti Malmi offered to help with the project, and in time, he became one of the major early contributors, answering potential user questions and eventually maintaining and upgrading the software code.

But despite this, the project nearly died by the end of 2009 with just a handful experimenting with the system.

Things turned around a year later, when Lazlo Hanecz, a Hungarian-born programmer, began to mine new Bitcoins with a high-powered computer. Without competition, he captured nearly all of them, causing Satoshi Nakamoto to reach out and encourage him to sell Bitcoins to other users. An arrangement was worked out, and Hanecz sold Bitcoins to a user in California who paid him back in take-out pizzas delivered to Hanecz’s home.

From these humble initial transactions, Bitcoin got more publicity thanks to a widely read article in Slashdot, a favorite programming website, but the lack of a facility to handle trading Bitcoins for useable dollars proved to be a sticking point.

Mt. Gox Takes Bitcoin Trading To The Masses, But Its Ultimate Collapse Brings Bitcoin To Its Knees

The solution was to create a Bitcoin / Dollar exchange, which founder Jeb McCaleb christened Mt. Gox, an acronym derived from the role-playing game Magic: The Gathering with “online exchange” appended to the end.

Mt. Gox was initially the savior of Bitcoin but later nearly proved to be its undoing.

To bootstrap the exchange, Jeb McCaleb used his personal PayPal account to accept funds for Bitcoin, allowing purchasers from around the world to buy Bitcoins.

But careful readers will realize this approach violates one of the founding principles of Bitcoin, the avoidance of any dependence on individuals for accessing the coins.