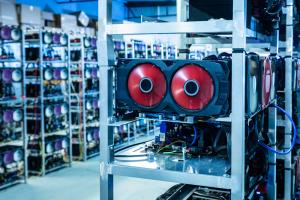 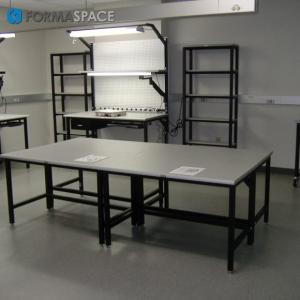 Whether you manage an IT department, Crypto Mining Farm, or Electronics Assembly and Repair facility, you can turn to Formaspace for efficient, ergonomic furniture solutions. 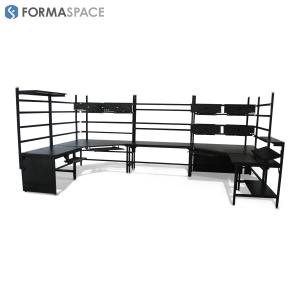 Want to make better use of the available space in your IT department? Talk to your Formaspace Design Consultant for ideas on how to maximize productivity with custom workbenches.

Find out what’s required for computers to mine new currencies, such as Bitcoin, and whether digital currency products will supplement paper-based money.

Most casual Bitcoin miners continue to use GPU-based systems, but recently professional Bitcoin miners have invested in custom silicon hardware tailored to the specific currency they are mining.”
— Formaspace

With Bitcoins currently trading somewhere between $57,000 and $64,000, there is a big financial incentive for potential “miners” to jump in and try their hand at earning Bitcoins.

But Bitcoin mining does not come for free. Successful mining operations depend on fast computer hardware and lots of electricity to perform the “proof of work” required to compete against other miners on the network to “win” the next available set of 6.25 Bitcoins that the system puts up for grabs every ten minutes or so.

While many so-called casual miners elect to turn on the mining function in their Bitcoin control panel and hope for the best, professional Bitcoin mining operators first make a careful assessment of their return-on-investment before jumping in, to ensure that the statistical chance of winning Bitcoins (and profits earned) exceeds the high cost of electricity and computer hardware needed to run a successful crypto mining farm at scale.

That’s why many large-scale operations (often described as the size of airplane hangars jammed to the gills with networked computers) are typically located in geographical areas with low-cost energy sources, places that traditionally attract energy-intensive industries, such as aluminum smelting.

As we discussed in part 1 of this article series, what makes Bitcoin mining’s high energy use especially egregious is that it doesn’t provide any useful work (outside of earning coins). Bitcoin doesn’t help astronomers look for asteroids that could impact the earth, it doesn’t help identify useful drugs that could fight infectious diseases; neither does it help train AI systems to converse in other languages, nor can it help teach self-driving vehicles to recognize bicyclists or pedestrians crossing the road.

Adding insult to injury, the annual energy used by Bitcoin mining is staggering. Cambridge University researchers estimate that worldwide Bitcoin mining operations consume just north of 115 terawatt-hours (TWh) of electricity, and that a single Bitcoin transaction uses as much energy as 680,000 credit card transactions or more than 51,000 hours of watching YouTube.

Chinese researchers writing in Nature report that their research indicates that by 2024, Bitcoin mining operations in China alone will exceed the entire annual greenhouse gas emissions output of entire mid-sized European countries, such as Italy or the Czech Republic.

Countries that have made commitments to reduce greenhouse gas emissions have taken notice, and we can expect to see governments around the world respond in the near future. China may be the first to have done so, as the Chinese government reportedly recently shut down Bitcoin mining operations in the province of Inner Mongolia (which had been the home to an estimated 8% of Bitcoin mining activity) – but it’s unclear at this point if this action is more about saving energy or exerting Chinese political control over Inner Mongolia.

Mining A New Bitcoin Is A Matter Of Luck, But Luck Favors The Powerful Computing Systems

But high energy bills are not the only big expense for Bitcoin mining operators.

As we mentioned above, these operations employ LOTS of computer hardware because, when it comes to mining Bitcoins, earning new coins is essentially a game of chance, and the faster (and more often) you can roll the dice, the better your chances of scoring a win.

Increasing the number of computers helps, but so too does investing in powerful computing hardware that’s specially tuned to perform the mathematical operations required to “roll the dice.”

(For Bitcoin, that happens to be calculating a 256 bit SHA hash algorithm, a process colloquially known as “hashing,” but don’t worry — we’ll dive into the technical details shortly.)

(One side effect of this was that gamers who rely on fast GPU cards to play video games found themselves in a bidding war with Bitcoin miners, which drove up the GPU hardware prices significantly.)

Most casual Bitcoin miners continue to use GPU-based systems, but, in recent years, professional Bitcoin miners have invested in custom silicon hardware tailored to the specific currency they are mining.

These boards, known as ASICs (short for Application-Specific Integrated Circuits), are highly optimized to blaze through Bitcoin hashing operations, as well as some (but not all) of the other cyber coin types that use a proof-of-work algorithm. (For example, no ASIC is currently available for Etherium, though one is planned for introduction later in 2021). There is also pushback from coin developers (other than Bitcoin) who are actively adjusting their algorithms to prevent an ASICs arms race from making their mining operations too exclusive, e.g. viable only to those with the most expensive gear.

Why Does Bitcoin Use Mining Operations To Create New Coins?

Let’s back up and ask the big picture question. Why does Bitcoin use the mining operations in the first place?

At first glance, you might think mining for coins is a clever way to issue and distribute new cyber currency within a permissionless system, e.g. one that does not rely on a bank authority to issue new currency

And that is one reason, but not the only one.

The mining process also helps solve another even more challenging problem, known to computer science and math experts as the Byzantine General’s Dilemma, which describes a scenario where decisive action must be taken quickly (to win a battle), despite having to rely on potentially imperfect or unreliable information.

In the computer systems realm, the term is used to describe the challenge of achieving rapid consensus between a bunch of different inputs, any one of which might be unreliable (whether due to a piece of computer hardware that fails intermittently, a bad data connection, or a malevolent actor hacking into the system to steal data or wreak other havoc.)

In response, developers seek to create what’s known as a Byzantine fault tolerant solution (BFT) that continues to operate – even if some of the inputs are incorrect.

For example, one of the first aircraft to address this issue, the Boeing 777, evaluates each of its sensor and computer inputs when making automated split-second decisions about managing its flight controls, engine power, etc.

In the case of Bitcoin, the challenge is how to design the system to achieve consensus on the accuracy of the transactions – and avoid fraud.

For example, at any point, multiple computer nodes on the network could claim to have received payments into their account. But which transactions are real, which ones are suspect, and which transactions should be evaluated first?

Without a live human administrator validating transactions, the Bitcoin system has to make these decisions on its own.

To see how this works in practice, let’s walk through an individual Bitcoin transaction.

Previous: Glassbox Now Available in the Microsoft Azure Marketplace
Next: CannaHealth and Lifemesh partnership sees 100% increase in appointments and profits