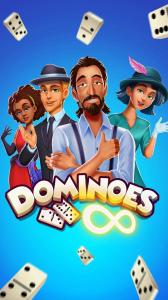 Maysalward, the leading Mobile Game Studio, has announced that new dominoes infinite is now available on the App Store and Google Play.

Maysalward is excited to release a new update based on players’ feedback. The update will excite both existing and new players”
— Ali Noufal, Business Development Director

AMMAN, JORDAN, May 20, 2021 /EINPresswire.com/ — Maysalward, the leader in the development and publishing of mobile games, has announced that dominoes infinite is now available on the App Store and Google Play. The game has been updated with new features.

Maysalward mobile game studio is committed to the development of this popular game. Since the launch of the game on iOS and Android phones, the development team has made several updates for each platform. Dominoes Infinite has been updated to provide a more challenging game experience for players. Artificial intelligence has been improved to offer a more competitive game, and the graphics have been enhanced to give the game a new look.
With the new Dominoes Infinite mobile app, you can enjoy the classic dominoes game in a whole new way. Featuring an inclusive ruleset, inclusive tournaments and game modes that will never get boring, Dominoes Infinite has something for everyone. It’s the perfect game for when you’re sitting at home or on the go.

Ali Noufal, Maysalward Business Development Director, states:
“Dominoes has been popular for hundreds of years, and a good reason. But this classic game doesn’t always mix well with the competitive mobile lifestyle, especially when it comes to gaming on the go. That’s why we created Dominoes Infinite.”

Maysalward is excited to release a new update based on players’ feedback. The update will excite both existing and new players, says Noufal.

Dominoes Infinite shows the ingenuity of its creators, who have combined fun and strategy in a simple game with a minimalistic design that makes it easy to play on mobile devices. Maysalward continues to provide content that is rich in creativity and free to play to attract more users on all platforms.