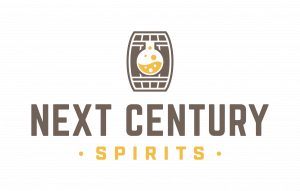 RALEIGH, NC, UNITED STATES, May 18, 2021 /EINPresswire.com/ — The New York International Spirits Competition (NYISC) awarded Raleigh-based technology and spirits company, Next Century Spirits, with a Best-In-Class/Double Gold medal for its Bear Fight American Single Malt Whiskey today. Next Century Spirits was also recognized as “North Carolina Distillery of the Year.” The competition was held virtually in New York where professional judges analyzed over 1,400 international spirit samples from 39 different countries. Bear Fight Whiskey was among one of only 20 selected entrants to achieve Double Gold in the competition, which requires a unanimous panel decision.

Recognition as “NC Distillery of the Year” was determined by measuring the strides in product quality and innovation that distilleries have made to create unique spirits in multiple categories. The NYISC judges acknowledged Next Century Spirits’ ability to make “ready-to-sell booze for companies that do not have distilleries, blenderies, or bottling capabilities.” Judges of the NYISC blind taste the samples and represent various trades in the spirits industry, including master blenders, sommeliers, retail store buyers, restaurant beverage directors, hoteliers, distributors, and importers.

“Being awarded NC Distillery of the Year could not have come at a better time as we expand into global spirits markets with our technology-based approach,” said Scott Bolin, CEO of Next Century Spirits. “We are both humbled and proud for this team to be recognized for their innovation, passion, and boldness in creating exciting and high-quality products during a year of uncertainty with Covid-19.”

“Bear Fight American Single Malt Whiskey was a passion project for me. I took inspiration from traditional Scotch makers in their attention to detail and balance of flavor profiles through careful control of the maturation and finishing processes. We utilized first-fill sherry casks and peat-smoked American oak to create something nuanced that I believed sophisticated whiskey drinkers would appreciate.” said Nick Scarff, Master Blender of Next Century Spirits.

To see a complete list of the 2021 competition winners, visit the New York International Spirits Competition website. For information about Next Century Spirits, visit NextCenturySpirits.com. For media inquiries, contact press@ncs.com.

About Next Century Spirits

Next Century Spirits is a full-service distilled spirits company that specializes in the creation and processing of distilled spirits for private label, private brands, bulk, and craft markets. The company developed, a unique patented post-distillation filtering and finishing technology which allows distillers the ability to expand their repertoire of achievable flavors and aromas, helping customers achieve an effective scalable business model.