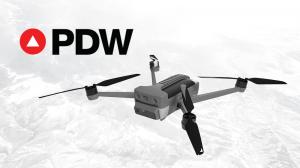 A UAS with Industry-Leading Endurance

Endurance, open architecture framework, and autonomy have been a primary focus for us since the SPARO product line was conceived.”
— Patrick Laney

“This first delivery is huge for us in so many ways. Not only did we prove to our SOF customer that we can deliver to their unique set of requirements, but we also proved that our SPARO 20 system is operationally viable,” said Patrick Laney, CEO, and Co-Founder of PDW.

While the SPARO 20 version 1.0 recently delivered are in line with current user requirements, PDW plans to take the system to new heights over the coming months to double the endurance of the platform and increase the robustness of its internal hardware modules.

“Endurance, open architecture framework, and autonomy have been a primary focus for us since the SPARO product line was conceived. With a few minor tweaks here and there, we will be releasing a product that not only possess industry-leading endurance, but a system that continues to embrace frontier technology with open arms,” said Laney.

PDW plans on formally releasing the updated version 2.0 of SPARO 20 in July and has already begun responding to demand for demonstrations with DoD organizations, other government agencies, and multiple foreign militaries.

“The ability to work with SOF right out of the gates on SPARO 20 has been extraordinary for PDW,” said Ryan Evans, Vice President of Business Development. “The partnership not only forced us to push the envelope when it came to design decisions, it also allowed us to think outside the box and develop a system that makes sense today and tomorrow, helping us to ensure that novelty doesn’t eclipse utility.”

About Performance Drone Works: Performance Drone Works has a legacy born out of a startup. Emerging from a unique position in professional drone racing, PDW was founded to answer the continual inbound requests for small, high-performance, military grade quadcopters specifically tailored to the warfighter. The heritage of speed and agility remains vital while the addition of advanced ISR capabilities and autonomous features reduces the workload on the warfighter and is a clear point of emphasis.

PDW is growing rapidly with headquarters located in Huntsville, AL. PDW’s first two products (SPARO 20 and SPARO 90) are set to launch in the second half of 2021 with a strong focus on meaningful, operationalized autonomy and A.I. powered ISR that extends the capabilities of our customers.