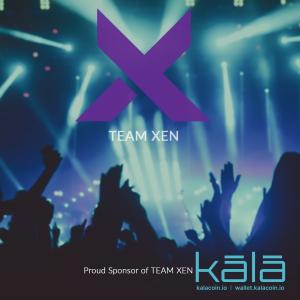 “We believe that Esports is mounting the greatest sports entertainment take over in history,..” said Aaron Endicott, CMO of Symatri.”
— Aaron Endicott

LEHI, UTAH, UNITED STATES, May 14, 2021 /EINPresswire.com/ — Lehi, UT— May 14th — Team Xen is looking to disrupt Fortnite tourneys all over the globe this year…and a Utah based blockchain company wants in. For people pushing 50yrs+…yes, it is the professional video game playing industry. As people smirk and scoff, the gaming industry continues to assertively stomp on any doubts about its relevance.
With a 2020 international market impact of $159.3 billion dollars and a user base of 2.7 billion gamers, Esports is bullying other forms of entertainment such as movies and music.

Symatri and Gaming?
“We believe that Esports is mounting the greatest sports entertainment take over in history. Physical differences that sifted out most people from competing in amateur or professional sports has been for the most part eradicated. Accessibility is becoming easier every day. Almost everyone is walking around with a gaming capable device in their pocket now,” said Aaron Endicott, CMO of Symatri.

With a bit of luck and amazing timing, Esports agency Carter Pulse reached out to executives at Symatri to find out if they were interested in promoting their blockchain and crypto project Kala within a burgeoning gaming community. The Kala Coin project team was already primed with interest in the space, so a partnership quickly came together. Teams Xen’s grassroots feel and desire to make serious moves in the gaming space made the Kala / Xen sponsorship a no brainer.

Founded in 2019, Team Xen has built a healthy following on various social platforms. In 2020, Xen was quickly able to amass a player reach of 2,125,000. They have a top 25 North American power ranking.
Symatri and their blockchain project Kala were founded in 2017. Symatri. and Company / Products are either registered trademarks or trademarks of Symatri. in the United States and/or other countries.