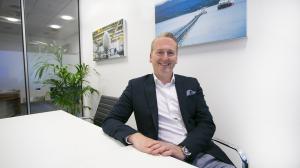 NOTTINGHAM, EAST MIDLANDS, UNITED KINGDOM, May 13, 2021 /EINPresswire.com/ — Ideagen Plc, a leading provider of regulatory and compliance software for regulated industries expects to announce its 12th consecutive year of growth when preliminary full year results are declared on or around July 22, 2021.

The pre-close trading update issued to the markets today for the year ended April 30, 2021, shows that the business continued to grow organically and with three key acquisitions during the course of the year. Ideagen’s products are considered crucial in helping businesses operating in highly regulated industries to meet their compliance obligations, especially in areas such as supply chains and sustainability and is the reason the company has continued to do well despite the pandemic.

Ben Dorks, CEO of Ideagen, said: “I am pleased to report another strong year for Ideagen. Growth in organic and recurring revenue, in addition to excellent cash generation, reflects Ideagen’s resilience during the pandemic. As a SaaS business, we remain focused on growing recurring revenues and expanding our customer base. We continued to execute our strategy, achieving growth organically and through acquisitions, and I am grateful to our team for their effort this year.”

Confidence in the strategy Ideagen is delivering has also been shown by existing long-term bankers NatWest and new partner Santander, who have extended the company’s total available debt facilities to £100m through a new committed credit facility of £75m, with an approved but uncommitted accordion facility of up to £25m, on enhanced commercial terms.

Also confirmed today is that Richard Longdon has become Chairman of Ideagen in a Non-Executive capacity. He succeeds David Hornsby, who was CEO of Ideagen from 2009 and Executive Chairman from 2018. Richard has had a highly successful career in the technology sector, having spent 33 years with AVEVA Group plc, where he was Chief Executive Officer for 17 years until December 2016.

Dorks commented: “We are excited to welcome Richard as our new Chairman. He brings extensive experience from the technology sector and we look forward to his contribution to the Company in his new role. On behalf of the Board, I would like to express our gratitude to David for his leadership, strategic insight, and guidance. David led Ideagen through a period of significant growth and we wish him all the very best in his future endeavours.”