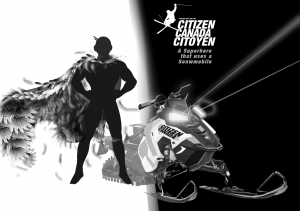 Citizen Canada : Emerging from the cold.

MONTREAL, QUEBEC, CANADA, May 9, 2021 /EINPresswire.com/ — Why Google is reluctant to step in for First Nations languages

Google has got several things right, from developing an all-powerful search engine to spearheading our existence in space. However, when it comes to First Nations languages, it does not give a convincing response.

Britannica.com lists as many as 150 indigenous languages in North America, according to Prof. William Bright, Emeritus Professor of Linguistics and Anthropology, University of California, Los Angeles. and author of American Indian Linguistics and Literature. Yet, none of these appears on Google Translate. By Google’s logic, 150 minus 109 (the number of languages on Google Translate) is equal to ZERO. This certainly is skewed math.

In a scenario where, according to the UN, 4,000 of the about 6,700 tongues spoken the world over are indigenous languages, isn’t it surprising that Google Translate cannot accommodate ONE North American native language? Surprisingly, Google categorises them as low resource languages.

How could one reconcile with technological advancement that excludes more than half of all languages globally, especially when many of them happen to be endangered indigenous languages?

It all started when Joseph John, Montreal-based publisher of Citizen Canada, the indigenous superhero series, initiated a Cree language petition recently, urging that this tech giant include the most widely spoken native language in Canada, Cree, on Google Translate. Since then, this issue has found considerable coverage in the Canadian media, such as CTV News, CBC, Huffington Post and FM 103.7, the indigenous radio channel.

This is how Google has reacted to this: Each of the company officials that commented on the petition has issued almost exactly the same comments. For Google, a language has to have a million spoken words to be included on Translate, which is quite difficult to come to terms with.

When one considers that English, the fastest growing language in the world, has less than 200,000 words, Google seems to place a steep qualification by which it can exclude not just Cree, but almost all North American indigenous languages.

Obviously, one expects Google to abandon the standard procedures and templates where indigenous languages are concerned; yet, it is shifting the goalpost.

Back to the petition, it has gathered more than 7,000 signatures. Yet, Google has not responded directly to any of the authors of the petition so far, something that fails to make sense socially or ethically. For a company that sticks to the motto, “Don’t be evil”, nothing could be more apathetic.
—————————————————————————————————-
About Citizen Canada:
STORIeDD is a Montreal based outfit, publishers of Citizen Canada, a superhero comic book, based on a First Nations protagonist.

“Citizen Canada : Emerging from the cold”, implies that a country and its original inhabitants were left in the cold for a very long time. The protagonist, Bill Waawaate (which means “northern lights” in Ojibwe, a language spoken widely by First Nations in Canada), is loosely based on Ken Hill, an indigenous billionaire based in Canada.

The purpose of creating this series is also to erase many of the stereotypes concerning First Nations communities that have been formed over the years. Bill Waawaate owns the highly popular line of snowmobiles, StormPetrol67. He waltzes on his powerful mountain crusher.

Citizen Canada’s upcoming edition is called “Prelude” which explores the origin of the feather-caped protagonist.

STORIeDD is a type of narrative method that Citizen Canada deploys to use words to form a style that follows the order in the format of a dictionary, namely the Alphabetic Narrative. The method allows the words of the English dictionary to come alive in the format of a comic book. It infuses a mode of English learning by spinning stories to explain the meaning of words. These stories are created in a way that fits into the learner’s culture.

Previous: Frank Aiello, Leading Domain Expert, and Founder & Chief Broker of BrokersCrowd, Interviewed for The DotCom Magazine
Next: The Value Of SINSO That Let NFT Technology To Be Applied In Medical Industry