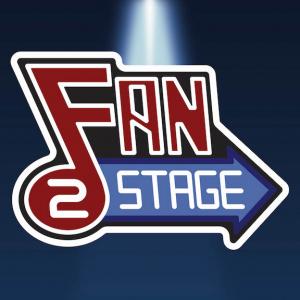 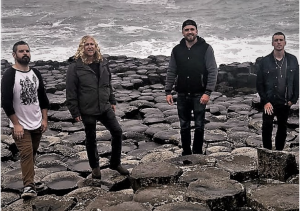 Musicians can build their audience faster with the help of live streaming and Fan2Stage. Standing out from the crowd is easier with live fan interaction.

Big names like Garth Brooks and Trisha Yearwood have done a great job using the Facebook platform to remain relevant when they aren’t on tour.”
— Kelly Bourquin

HUNTINGTON BEACH, CA, USA, May 4, 2021 /EINPresswire.com/ — Musicians are always trying to find a way to catch a break. Some play bars, others are hoping to get into a festival and some even go to competitions hoping to be noticed. Music is a tough industry to get into but as they say, if it was easy everyone would do it. Today the music industry is very different than it was 20 years ago. You don’t just walk into Sun records like Johnny Cash and make a record. Besides, these days selling records doesn’t make ends meet for most artists. What musicians need is a solid fan base that pays for shows and swag. So how does a musician stand out from the crowd, get noticed and build a fan base?

Social Media is a big player for musicians. The real truth is that social media takes a lot of time. Does anyone remember MySpace? Thanks to the buyout by Justin Timberlake and friends it is still alive and very relevant for musicians and bands. At one point MySpace was on a trajectory to trounce all other social media websites. Then it was bought by a big company and fizzled out. Today it is a great site for musicians but most people don’t know it even exists any more. There are over 20 big social media sites out there so how does a musician decide what to choose?

Facebook pages are free, and the Facebook live feature is a great way for artists to host live events from their home studio (or garage). Just because you livestream doesn’t mean anyone will come. Even if you have a live stream and you see fans logged in, are they watching? “Big names like Garth Brooks and Trisha Yearwood have done a great job using the Facebook platform to remain relevant when they aren’t on tour.” according to marketing manager Kelly Bourquin.

Like any business, musicians really should have a website in addition to a social media presence. Again the trick is getting found and building an audience isn’t it? One of the most misunderstood and oversold terms in the website world is SEO. It means search engine optimization. Many website building packages like WordPress will do a nice job. Add an SEO tool like Yoast and the main part of SEO is done but that still won’t bring fans. The lack of traffic can be very frustrating. You can buy traffic but they won’t be fans.

Getting links from websites with higher traffic is a big part of making it easy for fans to find your website. Some call this SEO as well, but it really isn’t, we call it getting “juice”. Obviously having accounts on two or three social media sites is a good start for linking from bigger sites. You are still competing with millions of cat videos including Beth Sterns. I don’t really like cats and it is hard to pass up some of her photos. That also makes it harder for me to find a good musician.

Live streaming is here to stay, but how do you really know if your fans like your show. When you just live stream, how do they even find you. Fan2Stage has a dedicated website just for performers. Fans can search by music genre and see who has upcoming live shows. There are also sporting events, talk shows and comedians on the Fan2Stage system but because it is about live entertainment, the competition is only your real competition.

Building a fan base is about engaging people. When a live show happens, fans want to be engaged and be a part of the show. With the Fan2Stage Live Fan audience app, the fans can participate in the audience, and give the performer real, live feedback even if it is a “virtual” or live streamed show. When the fans are engaged they tend to sign up with the performer, buy music, t-shirts and come back to future shows. If you host live events and would like to hear from your audience, Fan2Stage might just have your solution.