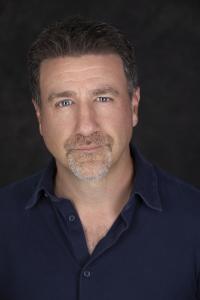 LOS ANGELES, CA, UNITED STATES, April 28, 2021 /EINPresswire.com/ — According to a letter Apple sent to Sen. Mike Lee and Rep. Ken Buck, which was made public last week via Congressman Buck’s Twitter handle, Parler has been approved for reinstatement on the App Store after a multi-month ban. On March 31, 2021, the lawmakers wrote to Apple, requesting more information about why the app, which is perceived as popular among conservatives, was removed from the App Store.

“SkySilk is pleased that Parler has been Re-Platformed,” stated Kevin Matossian, CEO of the cloud services company SkySilk, “This is a huge milestone for those of us who value the freedom of speech and who fear Big Tech’s unchecked power.”

In the letter Apple representatives stated that they have been working with Parler’s team on extensive updates since the app was removed. It also claims that Parler’s planned changes to the app’s content and moderation practices allowed it to be approved for immediate reinstatement in the App Store.

Matossian continued, “Our decision to help Parler get back online was met with firm opposition. Many people criticized us for getting involved with what is undoubtably a contentious issue. But we firmly believe that silencing differing opinions is simply wrong, as is Big Tech’s selective overreach.”

SkySilk, Inc. is a boutique cloud services company that positions itself as an alternative to Big Tech. Offering both customized Private Cloud deployments as well as a proprietary Public Cloud solution, SkySilk gives its clients access to the infrastructure they need while giving them back the autonomy they desire.