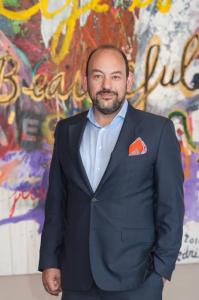 Sina Afra, one of the most successful Tech Investors and Entrepreneurs in Europe acquired equity shares in investment group IKAR Industries

LONDON, UNITED KINGDOM, April 25, 2021 /EINPresswire.com/ — Sina Afra, one of the most successful Tech Investors and Entrepreneurs in Europe acquired equity shares in the international investment group, IKAR Industries LLP, based in London.

IKAR Industries has a broad range of investment targets with group companies focused on the technology, hospitality, real estate, security and safety, sports and entertainment, and energy sector.

It is an entrepreneurial investment group, with a geographic interest in the United States and North America, Europe, and emerging markets. The group has representation in Amsterdam, Berlin, Boston, Istanbul, New York, Washington, and Zurich.

“After 40 tech investments, IKAR is my first investment in a successful and very promising industrial investment group. The powerhouse of talents the Co-Founders brought together is unique and I am very excited to support the growth of the overall group”, says Sina Afra.

“We are extremely proud that we have such a distinguished investor and entrepreneur like Sina Afra on board! His international network and success in scaling up companies will help us to become a leading global investment group in the upcoming years”, stated Mario Diel, Chairman and Co-Founder of IKAR Industries.

“Sina joined our Advisory Board last year and witnessed the significant growth of our group within the last months. His investment into our group is a terrific boost and an indicator that he is confident in the executive management and business strategy of our group”, said Howard Beasey, IKAR’s President and Co-Founder.

The parties agreed not to disclose any details of the financial transaction to the public.

Sina is a Serial Entrepreneur. His latest endeavor is Tiko which he founded and serves as CEO. Before that he was the Founder of Markafoni, the first Online Fashion site of Turkey. Markafoni became the first Turkish internet company expanding beyond the borders of Turkey: Markafoni launched sites in Australia, Ukraine, Greece and Poland . Sina served until 2014 as Chairman and CEO.

The Naspers Group acquired in July 2011 a majority stake at Markafoni and signed for one of the biggest deals in the Turkish internet.

Sina founded 12 companies and exited 9 of them. Sina is also an active Business Angel and invests in early stage start-ups. He has 40 angel investments. He is the President of the Entrepreneur Foundation, former Board Member of Endeavor Turkey and serves at the Board of Fenerbahçe Futbol AS as independent Board Member.

Sina has been elected as the “Internet Entrepreneur of the Year” and “Business Angel of the Year” in Turkey. Sina was also selected (2014 & 2015) to the Top 100 most influential tech people Europe. In 2016 he was selected as one of Top 100 most influential tech people in the World (Wired Magazine). The Forbes Magazin selected him 2019 as one of the 100 brightest minds in Turkey.

IKAR Industries is a British investment group. The group is headquartered in London, United Kingdom and mainly focuses on the technology-, hospitality, real estate-, security and safety-, sports and entertainment-, and energy sector.

IKAR is an entrepreneurial investment group, with a regional focus on the United States and North America, Europe and emerging markets. The group has representations in Amsterdam, Berlin, Boston, Istanbul, New York, Washington and Zurich

IKAR was founded by German businessman Mario Diel and business executive and retired U.S. Marine Howard Beasey in 2019 in London, United Kingdom. The founder’s vision was to create a conglomerate of companies across a diverse spectrum of sectors reflecting their own backgrounds and expertise but boosted by the power of a distinguished team of former politicians, government leaders, executives and entrepreneurs and their collective networks.