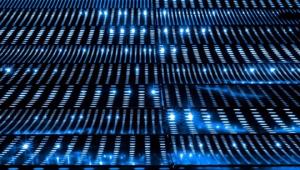 – A new multi-billion dollar Data Center Campus has been announced. Davidson Kempner Capital and Pioneer Point Partners, will invest up to $ 4.21 billion.

With this investment, Portugal asserts itself as a key player in the international data connectivity market, becoming the European hub for global telecommunications.”
— Domingos Fezas Vital, Ambassador of Portugal to the United States.

NEW YORK, NEW YORK, UNITED STATES, April 23, 2021 /EINPresswire.com/ — Start Campus, a company owned by US-based Davidson Kempner Capital Management LP and UK-based Pioneer Point Partners, will invest up to $ 4.21 billion in Portugal, creating one of Europe’s largest green Data Centers. The campus will consist of five 90MW sea-water cooled buildings on land adjacent to a recently decommissioned coal power plant in the city. The inauguration of the first building will take place at the end of 2023.

“With this investment, Portugal asserts itself as a key player in the international data connectivity market, becoming the European hub for global telecommunications. Talent, strategic location, quality of life, safety, and availability of renewable energy sources are some of the competitive factors that make Portugal a great country to invest. “, said Domingos Fezas Vital, Ambassador of Portugal to the United States.

“Sines 4.0 is a large-scale 100 percent green data center that responds to the needs of the global market. The availability of cheap local green energy combined with geographical proximity to three other continents with fast connections using new high-speed subsea cables make Sines an ideal location that will propel Portugal onto the international data traffic and data center stage,” said Sam Abboud, a founding partner at Pioneer Point Partners.

Sines is the European landing point for the 5,900km EllaLink submarine cable, which crosses the Atlantic to Brazil. Featuring four fiber pairs and a capacity of 72 Tbit/s, it is due to go live in Q2 2021.

The two firms said the centre, dubbed Sines 4.0, “will be one of the largest data centre campus projects in Europe and will address the exploding demand of large international technology companies”.

The “Sines 4.0” project was developed in partnership with AICEP Portugal Global (Agency for Investment and Foreign Trade of Portugal), the Municipality of Sines, and the Portuguese Government.

Located in southwestern Europe, Portugal is a welcoming and multicultural country with an open economy, where culture and tradition coexist with design, innovation, technology, and R&D.

At the crossroads between the European, African and American continents, its strategic location and status as a European Union and Eurozone member state make Portugal the ideal partner for your business.

Top international rankings* consider Portugal to be the third safest country globally and the seventh most politically and socially stable. It is also one of the countries that invest the most in renewable energy sources and policies to combat climate change.

Portugal’s excellent infrastructures, telecommunications, talent, and overall quality of life attract visitors and companies from all over the world.

Distinguished by their quality, authenticity, and exclusivity, Portuguese goods are highly sought after by well-renowned international customers. Portugal is an innovative, sophisticated, and forward-looking country with almost nine centuries of history where sustainability is a priority and an industry strategic goal.

Portuguese Trade & Investment Agency is a government entity focused on attracting productive investment, increasing exports, and internationalizing Portuguese businesses to boost its economy. AICEP is a “one-stop-shop” agency and the ideal partner for those looking to invest in Portugal or establish new strategic partnerships to expand their business.

With a global network present in over 50 markets, AICEP oversees Portuguese companies’ internationalization and exports, supporting them throughout these processes by connecting companies with critical stakeholders and providing valuable information.