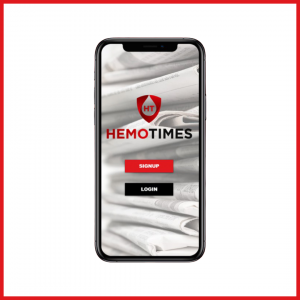 LAS VEGAS, NV, USA, April 20, 2021 /EINPresswire.com/ — Hemo Times, a breaking news website about rare bleeding disorders, is launching a mobile application. The app will be available for both Apple and Android devices.

“This app is designed specifically for people living with a bleeding disorder” says Jesse John Francis Clark, founder of Hemo Times. “This app was being developed under the Symin project of HemoAware. When I closed HemoAware, I wanted to keep this project alive and build it for the community. We will develop and implement new app features based on app engagement and user retention.” says Clark.

The Hemo Times mobile app is set to launch in June on both Apple and Google app stores.

Previous: ‘Own Your Health’ – New book gives readers practical tips and tools to own their health
Next: International Alliance Technologies Launches My Pet’s Emergency ID Featuring QR Capabilities and Medical Use