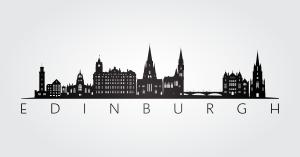 EDINBURGH, SCOTLAND, UNITED KINGDOM, April 14, 2021 /EINPresswire.com/ — Erbo has been listed as a top Scottish app development company by the Scottish newspaper, The Scotsman. The recent nod from The Scotsman is just one of a number of recognitions, awards, and accreditation given to Erbo over the past few years.

The use of mobile has become the key device for many to navigate their daily lives with the average person in the UK checking their mobile every 12 minutes. The expectation is that any brand worth their time should have a high functioning, user-friendly app, and anything less will be left behind. Award-winning mobile app developer in Edinburgh Erbo are experts using cutting-edge technology to deliver apps to be proud of.

Edinburgh’s app developer Erbo counts with a team of experienced and friendly app experts who are passionate about mobile apps. The team are dedicated to working with individuals and businesses from idea through to publishing and maintaining the app. The thought of creating an app can feel very daunting for anyone who isn’t an expert but Erbo has curated an experience to make it as easy and straightforward as possible.

When developing a new app some of the most frequently asked questions are,

How much does it cost to hire a mobile app developer agency?

Why is making an app so expensive?

The easiest explanation is that apps are actually affordable; it’s the knowledge, engineering and design talent that’s expensive. If you look in the App Store, you’ll see over a million different apps. A big percentage were all built by amateur developers, and most of these apps will never earn a penny.

How difficult is it to make an app?

There’s no getting around it — building an app takes some serious technical training and a professional team behind it.

To answer this question, you first have to define what you consider as an “app”. Most apps are rubbish, and you will delete them straight away. It’s relatively easy to build another very basic app with outdated features, and broken or useless functionality.

Now, how hard is it to build a successful app that is a good investment? It’s extremely challenging, and very few have the ability to pull it off.

How long does it take to create an app?

Depends on the complexity of the app and it varies greatly, the general answer is on average 3 to 6 months.

Once the app has been developed and running to a high standard, the team at Erbo has a marketing service available. The marketing behind an app can make or break the success of it, so having a helpful guide can be invaluable. The team has experience with a variety of different channels including Google, email, and social media. It is estimated that using marketing through Erbo can reduce spend by 75% compared to traditional costs.