Home » Uncategorized » The PhD Project is Changing the Face of Academia by Bringing Diversity, Equity and Inclusion to University Campuses 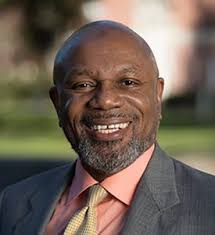 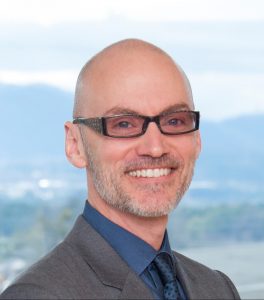 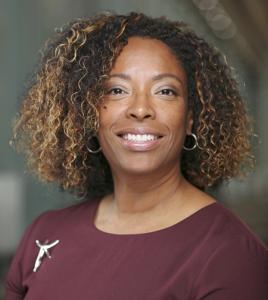 There’s no doubt in my mind that I would not have been nearly as successful if there was no such thing as The PhD Project.”
— Linfield University President Miles K. Davis

MONTVALE, NJ, USA, March 17, 2021 /EINPresswire.com/ — In 2017, Oregon’s Linfield University hired its first-ever Black president in the school’s 162-year history. A second-generation Cuban scholar serves as associate vice president for the University of Tennessee System, which boasts several campuses across the state and a $1 billion budget. And, at the University of Virginia, the McIntire School of Commerce is in the good hands of a Black female dean – the first in more than 25 years. While their high-profile administrative positions vary widely, one thing they have in common is The PhD Project, which they all credit to their ascension in academia.

Across the country, the face of the college or university administrator is steadily changing, thanks to The PhD Project, founded in 1994 by KPMG US Foundation, Citi, AACSB and GMAC. Its mission is to increase the diversity of administrators and business school faculty, who, in turn, help mentor, motivate and educate the next generation of leaders and serve as role models for students of color who see someone who “looks like them” in the classroom.

To date, Linfield University President Miles K. Davis is one of The PhD Project’s biggest success stories. Not only is the Philadelphia native the non-profit organization’s first scholar to be hired as a university president, but in his previous role he was also the first dean at Shenandoah University’s Harry F. Byrd, Jr. School of Business. Dr. Davis credits the group for providing the tools he needed, which included a community that cared and supported his aspirations, to finish his PhD.

“I had a support system that was built in place,” recalls Davis, who earned a PhD in human and organizational sciences from George Washington University in 2002. “There’s no doubt in my mind that I would not have been nearly as successful if there was no such thing as The PhD Project. They paid for me to go to the Academy of Management to be exposed to these things as a doctoral student so I could begin to develop a network of people who were interested in the same things.”

Dr. Jorge Perez shares a similar sentiment as the only Latinx educator in a senior position at the University of Tennessee System. He is associate vice president of institutional effectiveness as well as a fervent supporter of The PhD Project. His advocacy earned him an induction into its Hall of Fame during the group’s 25th anniversary gala. Throughout the years, he’s appeared on panels, mentored PhD students, and more to support the mission of the program.

He sees his latest achievements as a victory for the Latinx community. “I’ll bet you that there weren’t a lot of Hispanics teaching information systems (when I was) at Kennesaw State,” says Perez. “I bet there are not a lot of Hispanic professors in general in information systems. I know I inspire a lot of students, some Hispanic, some not. But now, I think I am better positioned to influence BIPOC (Black, Indigenous, People of Color) faculty and let them see that they can also excel and ascend to a leadership position.”

Dr. Nicole Thorne Jenkins became the dean of the McIntire School of Commerce at the University of Virginia in July 2020. Like Davis and Perez, she had become disenchanted with working in the corporate sector. She worked as an auditor at PwC until she realized the demand on her time was too much. When she happened upon a higher education-focused panel hosted by The PhD Project at the annual conference for the National Association of Black Accountants, she was hooked.

Jenkins attended The PhD Project’s annual conference in 1995, received her degree in accounting in 2002 from the University of Iowa, and joined the academic world. She chose predominantly white institutions because they needed representation at the faculty and administrative levels. “You need people throughout the organization in similar percentages and representation,” Jenkins explains. “Failure to have that makes it very difficult for university students to have the best experience they could have.”

For Dr. Eli Jones, his 2015 appointment as dean of Texas A&M University took him full circle. The institution granted him all three of his degrees: an undergraduate degree in journalism, an MBA, and a PhD in business administration and marketing. Between the MBA and PhD, he worked in sales at Nabisco, and at one point took the lowest-performing sales team from 86 to number two in less than one year.

“Our goal is to make sure that everyone has a fair chance,” says Jones. “It’s important because if we’re really going to really attract other people of color, then we ought to be role models. That’s what this is all about. It is about being role models, and all of us take that role very seriously. A group of us meets regularly now through Zoom. We talk about how we’re impacting doctoral students who are trying to matriculate through these programs that are rigorous and how to socialize along the way. That’s at the heart of it.”

For more information about The PhD Project, visit www.phdproject.org.