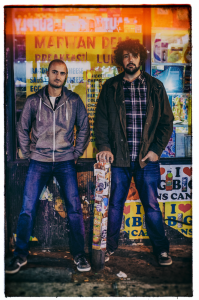 CryptoLofi is Available Now on Rarible

“CryptoLofi” is the world’s first indicated lofi music NFT on the blockchain, uploaded to the hot new NFT platform, Rarible. The “CryptoLofi” NFT is one-of-a-kind, with only one exclusive owner for each NFT in the series. The first edition of CryptoLofi comes in three NFT parts, with slightly different aesthetics for each segment.

The American Dollar has been creating music since 2005, continually improving their music and always looking for the next big step. Rich Cupolo and John Emanuele have an incredible do-it-yourself work ethic: every single sound is created in their self-built studio. Rich mixes every song, and both he and John do the sound recording and video production, as well as the entire live concert.

Visit and acquire CryptoLofi out now on Rarible. For more information on The American Dollar visit their website.

About The American Dollar

The American Dollar is a cinematic duo from New York City making lofi, post-rock, and ambient music. Formed in 2005 by Rich Cupolo (guitar, keyboard, production) and John Emanuele (drums, keyboard). They have released hundreds of songs and collections of music videos, both independently and on various record labels. Their music can also be heard in thousands of films in every type of popular media including online streaming, television, and movies. The American Dollar creates critically-acclaimed cinematic music by combining organic instruments like drums, guitar, and piano with modern sounds like ambient synths and electronic beats.