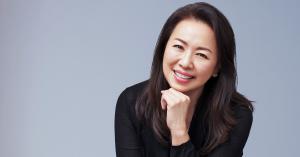 “Lorain brings a wealth of industry and media experience to our organization,” said Bill Barney, Chief Executive Officer, Turbidite. “We are pleased to have her join Turbidite as we begin our journey of creating a truly world-class organization in both thought leadership and in the recruitment of top notch professionals.”

With over 25 years of ICT experience, Lorain joins Turbidite from Global Cloud Xchange (GCX) where she served six years as Chief Marketing Officer. In 2019, Lorain was named by Data Economy Magazine among the world’s 50 most influential women in the data economy. Prior to GCX, she was Vice President, Global PR, Corporate & Internal Communications at HTC and earlier served 9 years as Senior Vice President of Marketing and Communications at Pacnet.

Lorain previously held leadership roles in corporate affairs and communications for Qwest Asia and Global One Asia Pacific. She also served as Director of Partnership Marketing and Director of Communications for AT&T Global Consumer Services in Southern California where she won numerous accolades for her work in multicultural marketing.

Since 2006, Lorain has served in various advisory roles for Pacific Telecommunications Council (PTC). She began her career in television news and has produced and reported for a number of ABC and CBS affiliates in the United States. She has a degree in Journalism from the University of Texas at Austin, where she also pursued graduate studies in media law.

About Turbidite
Turbidite launched on 3 March 2021, with focus on the development of a wide network of international-standard edge data centers across multiple Asia Pacific countries. Founded by industry veterans Bill Barney and Wilfred Kwan, Turbidite is backed by New World Development, a leading Hong Kong and China property conglomerate. www.turbidite.com