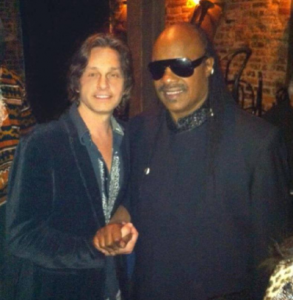 Steve Wonder and Stevie Marco at Blues Alley in Georgetown Washington DC together at a show where world famous violinist Karen Briggs was the headliner. 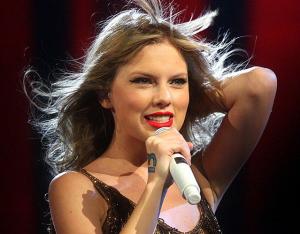 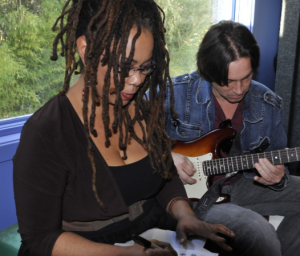 A Meaningful revenue stream for the Artist for life, based on the gross revenue of Song fi, creates real hope for the financial future of the Arts.

It’s time for the Artist to receive the financial compensation they deserve and Song fi makes that happen by guaranteeing percentages of the gross revenue of the company to the SBN Artist Group.”
— Stevie Marco

WASHINGTON, DISTRICT OF COLUMBIA, UNITED STATES, March 10, 2021 /EINPresswire.com/ — “The beat down and financial disrespect levied upon the Artist is a disgusting stain on our culture that has been going on far too long. To understand the abuse, one must first understand the Artist is a unique spirit who is innately vulnerable because of the desire to be respected for their creations. The business world knows this and preys upon it. Big Tech could care less about the Artist and they stole the internet from us”, says Song fi founder Stevie Marco pounding the table. The internet was supposed to be our “get out of jail free card” allowing the Artist to market and sell their works on the worldwide open market without being under the thumb of the major record labels. Well, that didn’t happen because Big Tech moved quickly to corner the music and video distribution markets and their monetization through companies like YouTube, Spotify, Apple and Pandora who did deals with the remaining major labels to control the fate of the Artist. So just like that, the Artist was cut out, again, and now we find ourselves at the mercy of Big Tech who looks at us as a meaningless low level expense as they rake in the profits from our works. Throughout history the Artist has gotten screwed. It started with the court jester, who would sing dance and entertain, and on the way out, visitors would throw a few coins their way. Not much has changed. Add to that Covid-19 and it’s the bottom of the barrel for the Artist, especially the musician who relies on live performances to put food on the table.

Even the big-time Artists have had enough. God bless Taylor Swift who is a leader and advocate for the Arts and recently told Big Tech to take a hike. “After her first six albums were sold to investors, Swift said she would record entirely new versions of her old songs that she would own. (quote from New York Times article dated Feb 11 2021). “I want Taylor to know that her amazing works and business backbone is admired by all of the Artists of the world and I invite her to come to Song fi not only as an Artist, but as a shareholder and mentor to the youth who aspire to become a success in the music industry” I hope she takes me up on my offer to use her status and business smarts and join me at Song fi to record some new tracks and to totally re-invent the music industry.

Other Artist like Stevie Wonder have a driving passion to help the next generation of the Arts become successful. Stevie Wonder has been through it all, like Taylor, and from their teens they understand the struggle first hand. Their experience wisdom, passion and respect for the Artist applied to a new business model will be an inspirational force at Song fi and make a real difference in the re-invention of the music industry. Fifty-four highly talented and respected Artists performed on the “Respect and Love Manifesto” album to be debuted on Song fi later this year and will serve as a call to arms. Included on the album is the amazing Cindy Blackman Santana who is the wife of legendary guitarist Carlos Santana who is being asked to become a founding member of the Song fi musicians advisory board to create policy in the new Song fi era.

Along with its game changing business model, Song fi introduces “MOS-21”, our Multimedia Operating System that is light years more advanced and artistic than anything Big Tech and Silicone Valley Insiders could ever dream of creating. Song fi’s business model has no ads and the Artist is held in great esteem and financially rewarded in a robust manner through a subscription model available to the masses instead of some some free Facebook or YouTube site that steals our private information while paying the Artist a pittance. The vision of a new model at Song fi will harness the enormous power of the Artist and their followers that will forever change how the industry operates. “It will be like a mass migration away from Big Tech and there’s not a damn thing they will be able to do about it” proclaims Stevie Marco. In human history, when a segment of the population has been kicked around, financially abused and disrespected, it festers to a boiling point, and that is when a revolution erupts demanding and achieving real change. That time has arrived and Song fi is the vehicle. “I invite all of the Artists of the world to come to Song fi where we will control our own destiny in a culture of respect, love and prosperity unaffected by Big Tech and others who have controlled, disrespected and abused the Artist for way too long”, proclaims Stevie Marco.

Previous: Wanido Simplifies Employee Appreciation and Learning Through Personas
Next: Quantum Help in an App