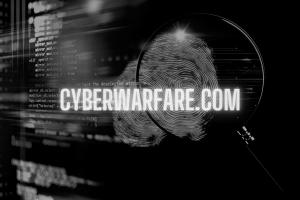 A cyberattack could potentially disable the economy of a city, state or our entire country”
— Cyberwarfare In The C-Suite Report

INTRUSION, Inc., a global provider of entity identification, high speed data mining, cybercrime and advanced persistent threat detection solutions, has been hyper focused on its messaging around the dangers of cyberwarfare, which transcends cybercrime.

A cyberattack could potentially disable the economy of a city, state or our entire country, according to “Cyberwarfare In The C-Suite”, a recent report published by Cybersecurity Ventures and sponsored by INTRUSION.

“The enemy is now using AI (artificial intelligence) against us,” warned Jack B. Blount, president and CEO at INTRUSION, Inc., when he appeared on the Cybercrime Magazine podcast. “It’s critical for business and government to understand the average attack is not coming from a person at a keyboard — instead it’s coming from an AI algorithm running on a supercomputer and it’s going night and day attacking every IP address it can find on the internet. It doesn’t care if you’re small or big.”

“INTRUSION has done an admirable job of focusing our nation’s largest companies on cyberwarfare” says Steve Morgan, founder at Cybersecurity Ventures and editor-in-chief at Cybercrime Magazine.

“The lead message from INTRUSION, which emphasizes the cyberwarfare threat to the U.S. and its businesses, is aligned with the FBI, the lead law enforcement agency for cybercrime — and it resonates with boardroom and C-suite executives as well as CIOs, CISOs and security leaders at Fortune 1,000 companies” adds Morgan. “We were happy to see them take ownership of the cyberwarfare.com domain name — and we’re confident they’ll put it to use for the greater good of society.”

Exact match category defining words such as cyberwarfare, cybercrime, and cybersecurity are extremely valuable and there’s a limited supply of them in any industry.

Cybersecurity.com was listed for sale at $400,000 before being reduced, and then sold to a domain investor, according to DomainInvesting.com, an award winning publication covering the specialized business of domain name investing.

“While the term cybersecurity is interchangeable with infosecurity, information security, cyber defense, and others — cyberwarfare is a distinctively unique and unrivaled name” says Morgan. “That makes it even more valuable.”

Direct navigation and type-in traffic is how many people search for category specific information. They type one or two words followed by .com, and expect to find relevant data. Anyone typing in Cyberwarfare.com will get that from INTRUSION.

A WHOIS lookup on any registrar such as GoDaddy.com, or on ICANN.org, displays INTRUSION, Inc. as owner of the Cyberwarfare.com domain name.