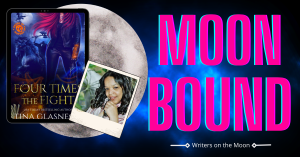 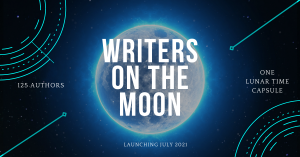 Writers of the Moon launches in July 2021

Loki appears in the Hell Chronicles, becoming a main character in the novel Helltown.

USA Today bestselling author Tina Glasneck sends her books to the Moon with the Writers on the Moon project, as a part of Astrobotic’s Peregrine Mission 1

RICHMOND, VIRGINIA, UNITED STATES, February 25, 2021 /EINPresswire.com/ — USA Today bestselling author Tina Glasneck is sending her catalog of Norse-inspired fantasy novels to the Moon, and she’s taking Loki with her. In the first commercial payload, as part of the Writers on the Moon lunar time capsule project, her books will join the Astrobotic’s Peregrine Mission 1 on the United Launch Alliance’s Vulcan Centaur rocket. Blue Origin, founded by Jeff Bezos, current Amazon CEO, supplies the flight’s rocket engines. Set to launch in late 2021, the payload will be delivered to Lacus Mortis, for future anthropologists and generations.

Glasneck, best known for her Hell Chronicles series, has authored more than twenty titles, and now the full catalog of her Norse mythology-inspired fantasy novels are headed to the Moon as a beacon of hope. “Future space travelers will discover the lunar time capsule and learn about our culture and world through the items we’ve left behind,” says Glasneck, “just like we’ve learned about the Norse, Egyptian and Greek cultures before us.”

Loki, the trickster god, who plays a significant role in Glasneck’s writing, will appear in her upcoming book, Four Times the Fight. She will bring back the character she’s been longing to write about again, to the delight of her readers. Every series needs a good trickster, and in her writing, Glasneck introduces readers of this series to the debonair gent of light and shadow. Four Times the Fight will be a crossover novel set before her bestselling Hell Chronicles series that sees the Norse gods come to Earth and wreak a bit of havoc.

Glasneck loves to weave mythology and fantasy together to create adventurous tales. Loki is one of the cornerstones of her fantasy world, making an appearance in at least seven of her titles thus far. “I’m saddened that I won’t have Loki’s next book in the time capsule. But I hope he’ll understand.”

Although many connect Loki to the fantastic British and Hollywood actors’ portrayals, Glasneck is adamant that there is more to Loki than the contemporary pop-culture interpretations. “No, when I’m writing my books, I use Norse mythology and scholarly resources as inspiration. The source material is rich with information.”

Loki, a shapeshifter in Norse mythology, plays a major role in the myths. He is more than a simple trickster in some tales, garnering great gifts for the gods after his pranks go a bit awry. “I’m sure Loki loves our modern-day interpretation of his character, as do I.”

Glasneck, who holds a Master of Arts in Religion, weaves together her interests in mythology, fantasy, and history. She’s delighted to continue her storytelling journey, and this time with Loki by her side. “The gods are always looking for vessels. I’m just happy Loki chose me to share his story.”

Led by Dr. Susan Kaye Quinn, the one-hundred twenty-five participating authors in the Writers on the Moon project will include art, music, single-titled novels, whole collections of series, and anthologies in the lunar time capsule.

The digital payload will be uploaded onto a SanDisk Extreme microSD card and sent to the Moon for posterity.

Astrobotic, a space logistics company and an official NASA partner, will deliver the Writers on the Moon payload. This inaugural mission with the Peregrine Lander and the Vulcan Centaur rocket will propel a library for the future to new heights.

When asked why she wished to partake in this project, Glasneck admits that it’s not just about her. “It’s about hope. It’s also something for my children. I want to show them that you can shoot for the Moon and indeed land on it.”

Glasneck’s next book, Four Times the Fight, is due out at the end of March.