Home » Uncategorized » BACK TO CLAIM HIS THRONE, COMPTON AV LETS THE WORLD KNOW HE’S ‘ALL IN’ ON HIS LATEST ALBUM 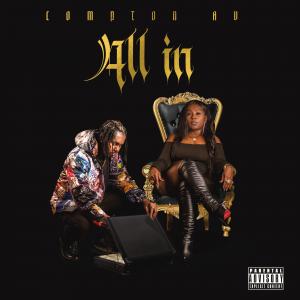 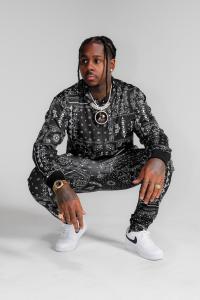 After 10 years in the rap game, Compton AV drops a triple-release, his debut album, plus a documentary and live concert produced by 11Eleven Media Networks

We’re excited AV trusted the marketing and creative teams at 11Eleven enough to use our platform as the avenue to highlight his artistry in a new, compelling way.”
— Kevin Ray – Founder of 11Eleven

Slated to be his best body of work yet, Compton AV presents a 14-track album exploring feelings of pain, struggle, trust, success and motivation. With a renewed state of mind, deep reflection and head bobbing production, AV tapped into the next dimension of his artistry while keeping the west-coast vibe alive. Spewing out single after single before the release of the album, AV’s first single “Where You Been” addresses his brief hiatus and how he has been “in his bag getting rich and quarantining getting lit.” To promote his album, he partnered with 11Eleven Media Networks to produce a series of live in-studio performance videos that can be seen here.

“I had a chance to have conversations with myself, listen to old projects and lyrics, and tap into a better version of myself,” says AV. “The vibe, production and lyrical content on this album is important to have something everyone can relate to in the midst of this pandemic and to reach people coast to coast.”

With follow-up singles like “Outside Thuggin” featuring Celly Ru and $tupid Young along with “Hit the Dash” and “Cold Summers” ft. Curren$y and Dylan Jenet, AV titles this album “All In” as a commitment to push harder with no regrets even after a decade in the industry. Throughout his career he has had notable features including The Game, Snoop Dogg, Kurupt, French Montana, Too Short and OT Genasis to name a few.

AV’s industry relationships also helped shape this project. Remembering advice from fellow rapper Snoop Dogg, he was told to never change and to always be himself. The late great Nipsey Hussle dropped knowledge about honing in on his brand and his late industry mentor, David “Big Qluso” Lindley, encouraged him to tap into bigger records.

Wanting to create a different experience for his fanbase, AV partnered with Los Angeles-based marketing agency and television network 11Eleven for a mini-documentary and live concert in collaboration with DJ Klepto at the Belasco Theatre. The live concert features both well-known performers and emerging artists. As an added surprise complimenting the album, this mini-film intimately showcases AV’s creativity, authenticity, hustle and drive.

“We’re excited AV trusted the marketing and creative teams at 11Eleven enough to use our platform as the avenue to highlight his artistry in a new, compelling way,” says Founder of 11Eleven Media Networks Kevin Ray. AV’s documentary, “Never Been Hollywood,” captures his story raw and unfiltered taking his fans on an exclusive journey they’ve never seen before.

Call for Content
11Eleven Media Networks is looking for content from emerging creators of music, podcasts and short form films. Submissions should be original, innovative and push culture forward. For more information on how to submit your content, visit https://11eleven.tv/.