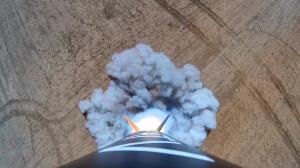 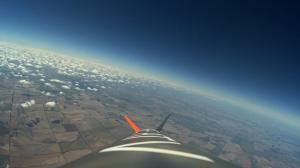 Verifying these either as components or complete units in space, and getting them back again prior to launching to orbit could significantly reduce the failures in space.”
— Ben Jarvis, CEO at Raptor Aerospace

NORFOLK, UNITED KINGDOM, February 5, 2021 /EINPresswire.com/ — A UK parliamentary debate on Thursday afternoon highlighted some of the exciting developments underway in the UK space sector. During a speech by Duncan Baker MP, a reference was made to government support being provided to a number of different UK launch sites, explaining that such support will only return value if there are launch vehicles available and interested in launching from UK soil.

A space engineering company based in rural Norfolk is currently building a new generation of rockets intended to fuel a revolution in low-cost access to space. The focus from Raptor Aerospace is on reforming the suborbital spaceflight market by providing short-duration access to space environments. This kind of space access has traditionally been used by scientific researchers in order to collect data and carry out experiments in space. Raptor plan to enable a new responsive, local and cost-effective approach to this market, as well as additionally supporting the ‘newspace’ surge as part of the supply chain for the high-growth area of small satellite manufacture and testing.

Raptor Aerospace spotted a gap in the market around providing the ability to verify products and sub-systems in space to see how they react, before they are ultimately launched into orbit, a step in the development process that until now has never been readily available in the UK. CEO Ben Jarvis stated, “There is a high rate of failure of the small nanosatellites, which disappoints scientists and investors alike. Verifying these either as components or complete units in space, and getting them back again prior to launching to orbit could significantly reduce the failures in space, and in turn this leads to lower levels of space debris”.

Raptor believe that the provision of short duration space access will enable commercial space companies to de-risk components, increase technology readiness levels, demonstrate technology and save fortunes in failures in orbit. Along with rocket launches for system testing, the company is also set to provide dedicated microgravity access with applications in the field of medicine, agriculture, energy or space science.

To support their activity, Raptor recently developed a rocket engine test-site that utilises environmentally friendly propellants and an innovative engine that has proved to be much cleaner than existing solid fuel motors currently used in the suborbital market that typically emit hydrochloric acid and aluminium derivatives.

With a host of lower altitude launches already achieved, the company plans to launch its latest developmental rocket from a UK spaceport later this year, with commercial operations of their space-capable launch vehicle expected to start in 2022.