Every electronic system has a finite data processing capacity. This threshold is never exceeded under normal conditions, but things may change when anomalous activity kicks in. A distributed denial-of-service (DDoS) attack fits the mold of a stratagem that can drain a web server’s resources and disrupt the associated online service.

DDoS attacks appeared in the mid-1990 as ideological weaponry favored by the Anonymous and like-minded hacktivists. As time went by, it embraced extra motivations ranging from script kiddies’ whim to satisfy their ego and get an adrenaline rush – to unscrupulous entrepreneurs’ plots aimed at sucker-punching business rivals.

Extortion through what is called “ransom DDoS” is the latest evil quirk of threat actors. To set it in motion, an adversary threatens to knock an organization’s website offline unless the would-be victim pays a specified amount of Bitcoin.

Since mid-August 2020, several high-profile hacker gangs, including the infamous Lazarus Group and Fancy Bear, have been sending such ransom notes to thousands of companies around the world, primarily ones from the finance and retail sectors. The felons demand a minimum of 10 BTC (currently worth about $106,000) for not mounting the attack. On August 28, the FBI alerted U.S. companies to the menace by issuing an ad hoc flash warning.

All in all, DDoS has grown into a multipurpose cybercrime heavyweight over time, and it is getting worse. With that said, it is high time organizations stepped up their preparedness to tackle this challenge. This article provides a roundup of known attack methods and shines the light on effective countermeasures.

Whereas the fundamental principle of DDoS boils down to swamping a network with a plethora of rogue data packets, security professionals single out a trio of categories that differ in the logic of precipitating a denial-of-service condition. Any DDoS raid falls under one of the following classes:

This broad classification relates to theory, for the most part, and does not give enough insights into the inner workings of a particular cybercrime campaign. To better understand the network disruption repertoire of the present-day crooks, go over a hands-on summary of 33 different DDoS types.

DDoS is one of the oldest and the fastest evolving areas of cybercrime, and it is front and center in some of today’s most destructive attacks targeting the enterprise. This type of cybercrime is quickly evolving relying on botnets, open-source network stress testing frameworks, scams, and other means. Therefore, organizations should have effective defenses in place to emerge unscathed if the disaster strikes. A growingly popular and reliable method is to outsource DDoS mitigation to a trusted cloud-based service such as Cloudflare, Sucuri, or Akamai.

It is also a good idea to leverage an intrusion prevention system (IPS) along with a web application firewall (WAF). The former protects a network against malicious code and hacker attacks, while the latter thwarts web application abuse via cross-site scripting (XSS), cross-site request forgery (CSRF), or SQL injection.

In case of limited budgets, timely software updates are a hugely important element of DDoS protection, too. Vulnerability patches raise the bar for malefactors and prevent the network infrastructure from becoming easy prey. 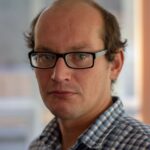