Home » Articles and Opinion » The Post-Funding Challenge: Getting Cyber Ventures to Launch

Startups invariably need venture capital investment. The process of getting funded is brutal, so the receipt of a venture round is cause for celebration. However, young companies often fail to understand that getting funded is simply the start of a process, not an end unto itself. Few people understand this better than Roberto Medrano, an advisor to early stage companies. Medrano’s career has included executive roles at giants like Sun Microsystems and HP as well as numerous early stage ventures.

“When you close a venture round, you’ve just been handed a time bomb,” Medrano explained. “You have to make a lot of things happen very quickly, and you have very little room for error.”

“When you close a venture round, you’ve just been handed a time bomb,” Medrano explained. “You have to make a lot of things happen very quickly, and you have very little room for error. You’re in a race to get to a stage of maturity where you can attract more capital, but on better terms than the last round. You need to develop a competitive product, find the right partners, find talent, make sales and run a small business. This can be an overwhelming challenge. The race is against your competitors, but also against yourself.” 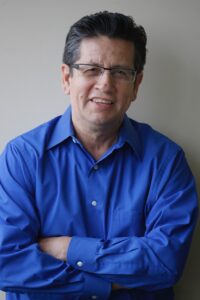 Ventures hire Medrano to help them cope with the startup time bomb. He takes different roles, depending on the situation. Sometimes, he sits on the Board of Directors. Other times, he serves as an interim executive as CMO or COO. “My goal is to get a new venture operating in a productive way, which might mean developing standardized processes for product development, marketing, sales and so forth,” Medrano added. “It’s a balancing act. You can’t implement heavy, big company processes, but you need structure.”

Medrano mastered this balancing act when he transitioned from being the GM of HP Software to running startups himself earlier in his career. He was CEO of Polivec, a leader in security policy, and president of Finjan (FNJN), a security software firm. He also served as vice president of Milkyway Networks (IPO 1996), a firewall pioneer. Subsequently, Medrano had a long stint as EVP of Akana, the provider of API management and security software that was acquired by Rogue Wave Software in 2016.

Medrano has sat on the boards of numerous companies that were acquired by larger enterprises. He has the ability to prepare companies for the M&A process. His experience also includes selling products to Fortune 100 companies—on digital transformation for Digital Business using cloud, mobile or web initiatives with SaaS, on-premises or cloud hybrid products.

Medrano’s insights come from having served in product management, marketing, sales, partnership and general management roles. “You have to see every decision from multiple perspectives at the same time,” he shared. “Should you develop a new feature? To make the right decision, you have to factor in the competitive landscape, the opportunity costs of not developing something else, partnerships and more.”

“You have to have a strong personality to launch a successful company and get funded by VCs,” he said. “At the same time, getting funded doesn’t mean you know everything.”

Medrano is also renowned for dealing with the sometimes tricky personality issues that can arise in a young company. “You have to have a strong personality to launch a successful company and get funded by VCs,” he said. “At the same time, getting funded doesn’t mean you know everything. A lot of companies crack up because the founders want to control everything, even when they may not know what they’re doing. The best companies have leaders who understand the limitations and bring in experienced hands to help build organizational structures and processes that can vault the venture to the next level.”