The current practice of using venture funding to conduct technology Research and Development (R&D) is so pervasive and powerful that it leads us to assume that big companies cannot develop successful new technologies. Rather, they’re so slow and bureaucratic that’s it’s preferable for them to sit back and wait until they can overpay for some hip startup and its patents.

This is a fallacy, though the knock on big companies is not entirely without merit. Big companies can be extremely effective in technology R&D. Major corporate research centers were once predominant. In the 1950s, Bell Labs invented the transistor and IBM created the first commercially viable mainframe computer. However, by the early 1960s, the era of Fortune 500 R&D was starting to lose its momentum.

The publication of Kurt Vonnegut’s novel, Cat’s Cradle, in 1963 marked the beginning of end of the idea that big companies could create anything of value. In that book, the lab at a fictitious company called General Foundry developed a substance known as “Ice 9” which accidentally kills off the entire human race. It’s been downhill since then. Today, the prevailing view is that R&D is best left to young, innovative types in small, lean organizations—where they can eat pizza and be geniuses.

In that book, the lab at a fictitious company called General Foundry developed a substance known as “Ice 9” which accidentally kills off the entire human race. It’s been downhill since then.

When a big company wants to innovate, however, the process can be impressive to watch. NTT Research, for example, recently announced that it was collaborating with UCLA and Georgetown on cryptography and Blockchain. The company is entering into a five-year agreement with UCLA to research the theoretical aspects of cryptography. A three-year agreement with Georgetown will take advantage of a global scale testbed for research into Blockchain. As NTT announced, “Both involve the use of mathematical theory to prove security levels and enable greater system reliability.”

For background, NTT is the current incarnation of the old Nippon Telegraph and Telephone, the Japanese phone company. While NTT still offers phone service in Japan, it has transformed itself into a global technology player. NTT Limited comprises 31 operating companies in 78 countries. They run data centers and cybersecurity operations centers on multiple continents. NTT Ventures invests in early-stage ventures, looking to capitalize in trends in the two to three-year time horizon.

With a staff of 5,500 and a $3.6 billion budget, they are investing in programs that might bear fruit in the five to ten-year timeframe. This is where the advantages of size, maturity and organization become clear.

NTT Research takes a longer view. With a staff of 5,500 and a $3.6 billion budget, they are investing in programs that might bear fruit in the five to ten-year timeframe. This is where the advantages of size, maturity and organization become clear. A startup, under pressure from venture capital investors, will have trouble spending five years in an academic partnership that may or may not produce anything of commercial value. NTT can undertake projects of this scope and duration. 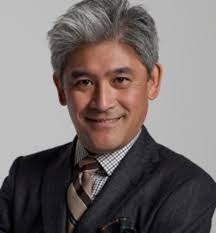 The cryptographic research, for example, is looking at the impact of quantum computing on encryption. “I think most of us understand that encryption as we know it today is about to become completely worthless in the face of quantum computers,” said Kazuhiro Gomi, President and CEO NTT Research. “The question is what shall we do about it? Solving this problem will take time and not a small amount of effort and focus.”

“The encrypt-it-all with one key approach has its flaws. To keep information confidential, we have to start thinking differently about how we use keys.” – Kazuhiro Gomi, President and CEO NTT Research

NTT is also working with its academic partners on partial encryption processes. “The encrypt-it-all with one key approach has its flaws,” Gomi added. “To keep information confidential, we have to start thinking differently about how we use keys, perhaps employing multiple keys working in combination—to name just one of many different ideas we are researching with our academic partners.”

NTT has the ability to spend more time and money on these questions than an early stage venture. They still have the familiar big company challenge of commercialization and so forth. Those don’t go away, but their work with UCLA and Georgetown illustrate the appeal of the big company R&D model. It may be making a comeback.