Note: This was written two years ago, but it still seems relevant today.

The focus on toxic “Bro Culture” in Silicon Valley is welcome and long overdue. Sexism and sexual harassment have been silent career killers in the industry for many years. At the same time, the unfair treatment of women in tech exposes a larger, related problem: the strategic folly of relying on male egos to fuel startup success. 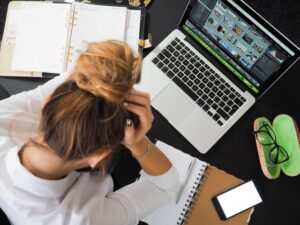 In twenty years working in various executive and consultant roles in the technology field, I have seen this issue up close. The industry attracts and rewards men who think they are always right and innately have the authority to make everyone else do what they want. I call them “Bro-It-Alls.” With men of poor character, this type of thinking can lead to degrading, unacceptable behavior against women.

Even with men who wouldn’t act out in this way, the alpha male “Bro” culture they create is toxic to everyone. It’s bad for collaboration and creativity in the work environment —intangible assets that make a real difference in success or failure. It shuts up anyone who isn’t clanging around the office with big brass balls. It creates liability. It hurts valuation.

Consider the global tech company that mandates a Myers-Briggs type personality test and found that nearly all of its male executives were “Task-Oriented.” That meant they were given to making fast, clear decisions on their own and pushing everyone around. That company’s stock price didn’t budget for nearly a decade.

Every startup has a fragile life cycle that can easily be destroyed by a few bad decisions. There is never enough money or time to recovery from a truly bad idea executed blindly based on testosterone. Poof… then it’s all gone. I’ve seen it more than a few times.

Consider the startup that received $50 million from tier one venture firms. The CEO decided to partner with multiple platform providers, i.e. IBM, Microsoft and Oracle. A number of voices in the company expressed concern that we were diluting our strategy by not focusing on a single, major relationship we could leverage into an acquisition. No, came the ruling from the corner office. We will play them off each other! Let’s work from a position of strength here. This venture had a mercy killing exit way after its time was due.

Absolute thinking is another symptom of Bro-It-All culture. Those who never doubt their own genius tend to come up with brilliant certainties like, “The cloud doesn’t work,” “Laptops are dead” or “Everyone will have a tablet within a year.” People who think like this tend to miss opportunities.

There’s a paradox here, of course. It takes a certain kind of maniacal drive and vision to get things right and persevere. Alpha males tend to do that routine well. The challenge is in moderating that drive to consider the well-being of the entire venture. If Silicon Valley Bros understood that their mindset was undermining the very wealth they aim to create, perhaps we’d see some change in the way things get done.

Photo by energepic.com from Pexels

Previous: CISA leans into facilitator role in election security plan — FCW
Next: Utilities say they are prepared to meet cyber threats. Are they?