Cyber a growing threat for mid-sized retail and FMCG businesses

Cybersecurity continues to be a significant area of concern for organizations, as adversaries become increasingly sophisticated while defense capabilities are often behind threat development. While businesses benefit from digital technologies, the costly downside of extensive digitization is becoming increasingly clear – particularly for mid-market players, whose resources may already be stretched thin.

As part of the consultancy’s mid-market focus, BDO recently analyzed how the segment is faring in relation to cyber threats. The firm’s research is based on a survey 300 CEOs, CFOs and COOs from the mid-market retail industry. 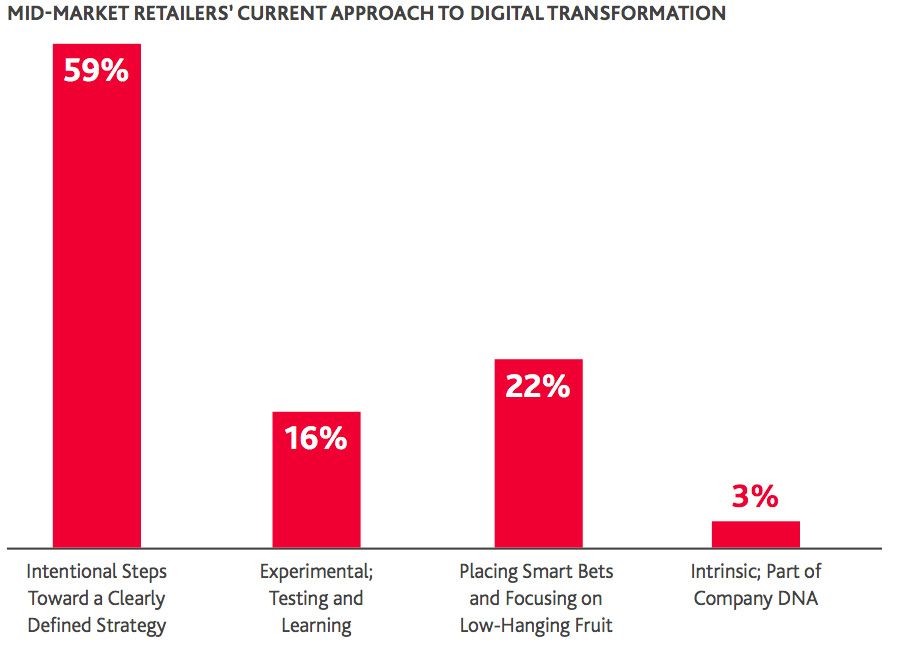 The mid-market retail segment continues to be in a period of uncertainty, with 37% of respondents to BDO’s Retail Rationalized Survey saying that they are thriving, 54% saying that they are merely surviving, and 9% reporting that they are struggling. A sector view shows a different story, with some, such as the pure-play segment, having an 84% “thriving” rate, while others, such as department stores, having a more difficult time, with 29% in the “surviving” segment.

Digitalisation is increasingly on the agenda at mid-market organisations.

Cyber a growing threat for mid-sized retail and FMCG businesses