Massachusetts Senator, Elizabeth Warren, has published a A Plan For Economic Patriotism as part of her campaign for the 2020 Democratic Presidential nomination. Though this is not a political blog, I wanted to give Warren’s proposal some visibility because it has the potential to be transformative in terms of national cyber security. And, for what it’s worth, the proposal has been met with agreement from some of her fiercest opponents. Even Tucker Carlson, the conservative commentator, said he agreed with her position on this issue.

This is a good idea, but it’s perhaps even better than the Warren campaign realizes.

The Plan for Economic Patriotism calls for the Federal Government to take a more active role in industrial policy, with the goal of aligning the interests of workers with those of corporations. In her view, it is too easy for American corporations to move manufacturing overseas, dropping American workers even for technologies that were developed with taxpayer-funded R&D. 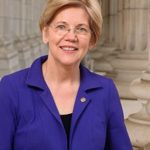 This is a good idea, but it’s perhaps even better than the Warren campaign realizes. The United States currently faces a national security crisis due to the foreign manufacture of electronics used in government, business and the military. The risk comes from foreign electronics manufacturers taking advantage of their positions to embed malware that can spy on American companies, citizens and government agencies— or disrupt them. It is well understood that the major electronics manufacturers in these countries are closely allied with, if not outright controlled by their country’s government and intelligence services. 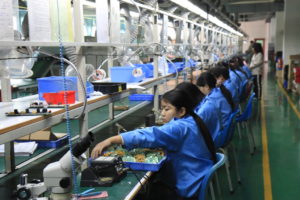 Many electronic products used by the US government are manufactured in countries hostile to the United States, by companies with close ties to their governments’ intelligence services.

Cyber security industry experts agree that the United States is under direct attack by foreign cyber powers, particularly China, which has been blamed for many of the most egregious data breaches affecting the Federal Government and the US Military. The current flap with Huawei over its potential role in the US 5G network is just one of many examples of national security seemingly compromised by foreign-made electronics.

Making these products in the US would greatly reduce the national security risks posed by foreign cyber armies. Though this move would not reduce the risks of cyber attack from the outside, it will make it a great deal harder for foreign intelligence agencies to attack us from the inside.

Making these products in the US would greatly reduce the national security risks posed by foreign cyber armies.

Making electronics in the US will also mitigate the risk of potentially widespread surveillance of regular Americans by external entities. This underappreciated problem involves the emerging “Internet of Things” (IoT), a vast collection of sensors, cameras and other devices that observe us nearly constantly in “smart cities” and so forth. Virtually all of the IoT is made in China, a fact that should cause more concern than it currently does.

The Warren plan could bring high-paying, high-skilled electronics manufacturing jobs back to the United States. That’s the primary benefit of the policy. The national security impact would be a secondary, but highly valuable result. A third positive outcome might be the addition of cyber security professionals to the US workforce. The country is now facing a big deficit in this employment category. And, per the Warren policy idea, the first choice for hiring should go to Americans. It’s the secure approach to a serious problem.