There’s a detail in Richard Bach’s Final Cut, his account of the disastrous making of the movie Heaven’s Gate that at once seems quaint and prescient from today’s cyber perspective. Michael Cimino, the notorious control-freak director, whose machinations ultimately caused the collapse of United Artists in 1981, hired his own personal armed guard to prevent anyone from the studio taking away the motion picture negative for the film.

As long as anyone trying to get their hands on the negative (shot by the masterful Vilmos Zsigmond) could be potentially shot to death, Cimino was in charge.  Though United Artists had paid to produce the film, Cimino effectively controlled the asset. Oh, how things have(n’t) changed.

Some movies are still shot on 35mm film, though most are now captured on advanced digital systems. The hard drive is the new negative. Without it, there is no movie. Even film-based productions usually wind up with such extensive Computer-Generated Imagery (CGI) that the digital edition of the material is what counts, what has value. 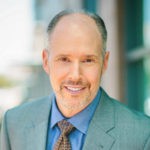 How much value? For today movies, which are, in essence, simply massive collections of data, the value of their bits and bytes is astronomical. It’s not just the cost of production, which can be in the hundreds of millions. It’s the full value of the movie, the future cash flows, often measured in billions, that sit on those motion picture hard drives. Are these vulnerable to hack? Ask Amy Pascal, former Chairperson of Sony Pictures, who lost her job after the company was hacked by North Korean operatives in 2015.

Imagine the ransom you could get if you locked up the data for the next Star Wars movie, for example. Given such risks, encrypting motion pictures is a critical requirement now in the entertainment industry. This is the challenge that Secure Channels has taken on. The Irvine, California-based self-funded startup, is bootstrapping itself using the entertainment industry as a proving ground for its advanced encryption platform. Secure Channels is able to encrypt video material right off the camera shooting an 8K raw video file. It’s a real time cipher that does not add size or time overhead to the process.

“You really have to protect the shot right on the set, honestly,” said Richard Blech, CEO of Secure Channels. “It’s vulnerable the moment it’s created. That’s the problem we solve.”

The company is already working on engaging beyond Hollywood, however. Its cryptive primitives are generating interest in the insurance, medical and government arenas.  In this regard, Blech made a point that was repeated in a number of venues at Black Hat 2018: There’s a serious imbalance in the cyber security world. While organizations like corporations and government agencies are bound to adhere to certain standards like FIPS and GDPR, the attackers have no such limits. “We have to get ahead of them, be stronger than the bad guys or we’re going to get in a lot of trouble.”

One area where Secure Channels also appears to be making some welcome innovation is in the administration of encryption. Their platform encrypts endpoints and central storage arrays, but their admin is cloud-based. They provide a central point of control for far-flung encryption processes. This will likely help them achieve inroads with mature enterprises that struggle with integrating new cyber security solutions.