Attending Black Hat 2018 was a bit like listening to pharmaceutical commercials. Ask your doctor about… wait, I might have that? I didn’t even know such a disease existed. But, I might have it. Better check to be sure.

This was the vibe at the presentation “Attack Surfaces You Didn’t Know You Had,” delivered by the very well-prepared Christopher W. Day. Day serves as Chief Cybersecurity Officer and GM at Cyxtera Technologies, a provider of secure infrastructure. He spends his days working with enterprise clients, helping them identify and remediate extensive cyberattack surfaces. 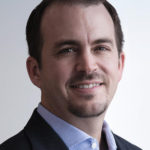 The talk emphasized several points about awareness of attack surfaces. First, you can’t protect what you can’t see. He stressed the importance of inventorying infrastructure to gain a complete picture of all exposed points of vulnerability. Most importantly, though, he wanted the audience to focus on unexpected connections to corporate networks. There are many, in his experience.

In Day’s view, standard PEN tests are deficient because attacks are really about leveraging individual nodes. “An attack surface is a dynamic thing,” he said. “The world is perimeterless. The device itself is the perimeter.” Each node of an environment is an attack surface, whether we like it or not.

A home network, for example, has exposure from phones, routers, laptops, cameras, NEST thermostats and more. “What can talk to what?” That’s a fundamental question. And, as he shared, you’d be surprised by the answer. Many seemingly harmless devices offer rich attack surfaces.

Day also cautioned against relying on the traditional “high value/low value” approach to cyber security. There is no such thing as a low value data asset, in his view. The lowest value device is a high value target if it lets attackers access high value targets. The same device can also be both low and high value. For instance, a mobile device in a BYOD environment might be low value inside the corporate walls but a high value attack surface if it can be hacked at a coffee shop. The best practice is to make a thorough inventory and gain a precise understanding of connections. Then, you can enumerate and classify attacks.

What can be done about all of these unexpected attack surfaces? Day recommended processes known as “surface templating” and “surface reduction.” There are new architectures, such as zero trust, which structurally limit access and thus reduce risk from attack surfaces. As he said, “If a device gets popped, it isn’t wildfire.” Rules-based access controls can also help. For example, a BYOD device might only be allowed access to the network during business hours. And, finally, he urged attendees to monitor their out-of-band network carefully.