Thousands of US voters’ data exposed by robocall firm | ZDNet

NEWS: ZDNet revealed that a Virginia-based political campaign and robocalling company, which claims it can “reach thousands of voters instantly,” left a huge batch of files containing hundreds of thousands of voter records on a public and exposed Amazon S3 bucket that anyone could access without a password. This is another example of customers not adequately protecting their sensitive data, even from breaches inadvertently caused by misconfigurations and human error. Each record contains a voter’s name, address, and “calculated” political affiliation. 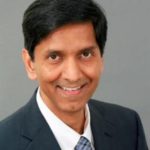 In February 2016, the Top Threats Working Group of the Cloud Security Alliance® published the first edition of a comprehensive report on “Cloud Computing Top Threats.” Not surprisingly, human error, misconfigurations and procedural errors by cloud personnel were identified at that time as events which could lead to a serious data breach.

Ultimately customers are responsible to protect their own data – not the cloud provider. At some point, most services on the internet will be penetrated and compromised. All of these breaches could have been avoided and of little consequence if, and only if, the data was end-to-end encrypted. When end-to-end encrypted, even under most tough compliance regulations, if the data is stolen or accessed it is not considered a breach as it is unusable to the cyber attacker. Even the encryption offered by cloud providers is just not enough to protect data. End-to-end encryption prevents against all attacks because it is implemented at the edge of the enterprise. API attacks, misconfiguration, malicious cloud personnel, whatever, it won’t impact the safety of end-to-end encrypted cloud data. Regardless of the problems at the SaaS or cloud provider end, your data would be safe.”

Previous: With Trump in Thrall to Putin, the N.S.A. and Cyber Command Go Rogue
Next: Online viewing for the 2018 World Cup heavily benefited the VPN industry: Study