Just in from Vade Secure: Not all hackers are Nigerian Princes. Some pretend to be PayPal. Others are imitating Facebook. But, according to new research from Vade, which provides a predictive email defense solution, the number one brand spoofed by cybercriminals in Q2 2018 was Microsoft.

This research kicks off a new quarterly insights series called Phishers’ Favorites. Inspired by Billboard’s charts of the top songs and albums, Phishers’ Favorites highlights the 25 most commonly spoofed brands quarterly, including their current position and how many spots they moved up or down since the previous quarter. 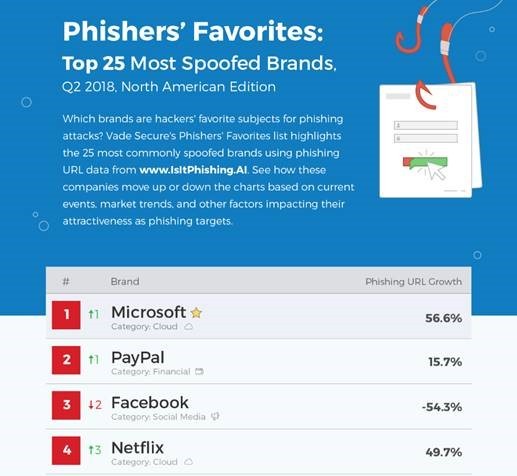 Here are the highlights from Vade Secure’s Phishers’ Favorites: