DRACOON, an enterprise file sharing expert and leader in the German-speaking market, has announced its cooperation with Saf 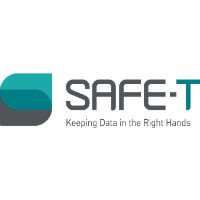 e-T (TASE: SAFE), a leading provider of software-defined access solutions to reduce attacks on business-critical services and data from finance, healthcare, government, and other highly-regulated industries.

This cooperation represents significant added value for the companies and users of both solutions. Safe-T and DRACOON attach great importance to the security of stored data. The combination of the systems makes unintentional data access almost impossible.

“We are thrilled to be cooperating with DRACOON,” said Shachar Daniel, CEO of Safe-T. “By jointly deploying Safe-T’s Software Defined Access in DRACOON’s hybrid cloud, our customers will benefit from both secure cloud-based and on-premises application access.”

The increase in cloud adoption creates challenges for organizations, such as “holes” in the firewall for cloud traffic, as well as the need for a secure connection (VPN) between the premises and the cloud, which can expose internal network IP. By deploying Safe-T’s Software Defined Access (Automated Application Access) in Dracoon’s hybrid cloud, customers will benefit from a cloud-based perimeter and DMZ segment which will augment and simplify their local enterprise DMZ, distancing the perimeter from the on-premises data center. In addition, it will allow secure connection of cloud-based application tiers (e.g. web front end application) with on-premises application tiers (e.g. back end or DB) without the need to open the organization’s firewall to the cloud or deploying a VPN between the cloud and premises.

“When developing DRACOON, data protection and privacy were deliberately taken into account right from the start, and we tailored our product to the growing threats from outside and from within, providing an optimal basis for secure collaboration,” said Marc Schieder, CIO of DRACOON and initiator of the cooperation. “It brings together a number of well-thought-out features that work together to maximize data security, allowing businesses to stay on safe ground at all times, and working with Safe-T gives us a solution that gives unwanted data access absolutely no chance.”

Both solutions meet the highest safety standards. DRACOON was recently the first German software manufacturer to be certified with the European Privacy Seal (EuroPriSe) GDPR / EU-DSGVO.