Cybersecurity and medicine have a lot in common. It’s not accident we refer to certain kinds of malware as viruses. Digital attackers act like pathogens in the human body, finding unprotected paths to invade and infect, spreading and then consuming resources. We liken security measures to both preventive medicine and medical treatment. We talk about security “hygiene.” 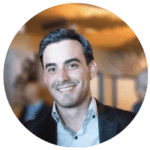 The medical metaphor came to mind recently when I spoke with Adrien Gendre, Chief Solution Architect for Vade Secure. Vade specializes into protecting digital assets from email-borne threats such as phishing and spear phishing. While we were discussing malware, we might easily have been talking about illness and treating patients.

From Gendre’s point of view, it makes little sense to look for malware on its own. “You’ll always be a step behind,” he said. Of course, Vade does look for malware, but the solution is designed to take a much more comprehensive view of the email threat environment. Like a doctor who wants to treat the whole patient, Vade looks at the entire email to assess it for threats.

“We have amassed data on billions of emails over the years,” Gendre explained. “This forms the basis for a machine learning and artificial intelligence-based approach to detecting email-based threats.” Vade looks at email language syntax, points of origin, file naming conventions and so forth to gauge an incoming email’s potential for harm.

Vade Secure’s enables predictive protection against known and unknown threats, including against multi-form attacks. The filter is automatically updated thanks to daily analysis of billions of data bits in real time, providing immediate protection from the first attack, even if it is low-volume. “Malware usually doesn’t look like malware. It looks like something else. We’ve gotten good at seeing the ‘something else’ that gives away the presence of malware.”

In its next move, Vade is launching a new site, https://www.isitmalware.ai/, which is now open for pre-launch registration. The site offers fast malware detection. In recent times, the company has been able to identity malware up to five hours earlier than other email security players.

Previous: Trapping a True Cyborg
Next: Imperva Unveils Attack Analytics to Speed Identification of the Most Critical Attacks