Home » Cyberwar » Cyberwar is Not Hypothetical. The US is Under Attack Today. 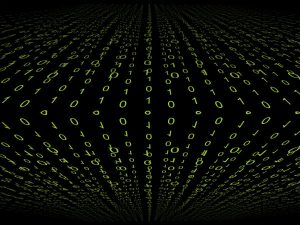 While it’s impossible to state with certainty that all electronics built in China or other foreign adversaries contain security threats, the risks are real. “We are under attack nearly every day,” said Captain Jeffrey Buss of the US Naval Academy’s Center for Cyber Security Studies. China and Russia are currently attacking the United States on a regular basis using cyber weapons. China is behind many serious data breaches and suspect them of such brazen acts as stealing the digital plans for the F-35 fighter jet and making an identical copy of the plane—denigrating the effectiveness of a $1.5 trillion weapons program in the process. [1]

Consider the following serious security breaches the United States is suspected to have suffered at the hands of Russia, China and perhaps North Korea:

These are the known incidents. One would have to imagine there are many more. Add to these the dozens of major breaches of American retailers, financial services firms, healthcare providers and so forth. Russia and China seem to have free run over all data and systems in the US government, private sector and military. Add to this the virtual certainty that every major US corporation will suffer a major data breach in the near future—coupled with the open secret, amongst security executives, that in most cases the hackers are already inside their networks, undetected.

The implications of these serious attacks are under-examined. They are attacks on American sovereignty—blatant, audacious acts of espionage. And, they’re likely connected. The theft of government personnel records and Equifax data are probably intended to enable a foreign power to amass a huge trove of personal information on American officials. This could enable impersonation, blackmail and command chaos. (Picture a military officer getting an order from a hacker impersonating a General.)

Previous: Understanding the Firmware Threat
Next: Building Trust Into Hardware: A Conversation with Steve Sprague